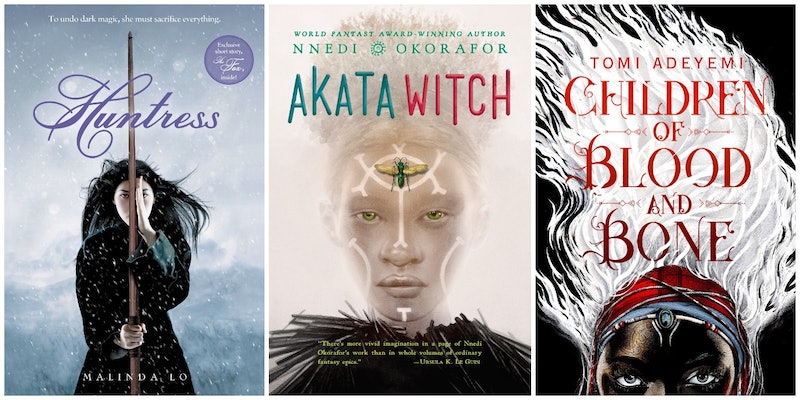 Some people might say that the Zodiac is a kind of fantasy. And sure, on a certain level, they're right — Zodiac signs have very little basis in actual, factual science. They're mostly made up based on stars and fun animals and pure, mythic imagination. But on the one hand, anyone who's ever dated a Scorpio knows that astrology is at least a little bit real. And on the other hand... what's wrong with the occasional dash of fantasy? It can get pretty dull out there. Here's the one fantasy novel to read based on your Zodiac sign, because we all need to escape the real world every once in a while.

I think that fantasy, much like astrology, gets a bit of an unfair reputation. We tend to dismiss a lot of fantasy as knock-off Tolkien or just plain silly. We act as though books set in the "real" world have more literary value than even the most complex of fantasy epics. If you're not reading fantasy, though, you're missing out on a whole lot of inventive storytelling and wildly creative worlds. Here you'll find swashbuckling stories for determined Aries, magical adventures for whimsical Pisces, and some nerdy political intrigue for thoughtful Capricorn. Check out the fantasy book that best fits your sign: