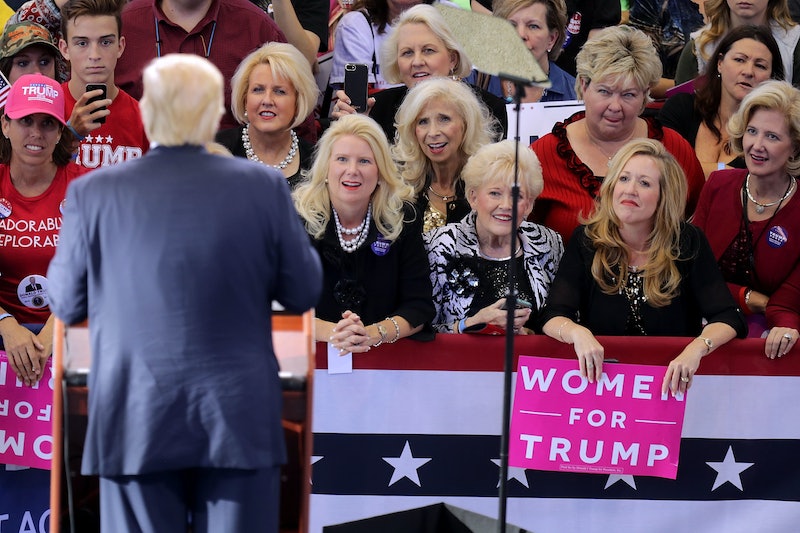 We are at an odd place in the American feminist movement. Donald Trump's election seemed to me a decisive indication that overtly misogynistic rhetoric not a deal-breaker for millions of Americans. Because of this election, women's healthcare and reproductive rights are more embattled than ever. These issues are significant and should be discussed — and they are discussed, by the millions who turned out to the Women's March and donated to Planned Parenthood and other groups that serve women. However, while those fights are extremely important, there's one major feminist issue that doesn't get discussed nearly enough: internalized misogyny.

That expression sounds a bit academic, I know, but don't let your eyes glaze over at gender studies terminology. The phrase refers to the fact that centuries of inequality have created social norms in which women are secondary or subservient to men, and that women are also susceptible to prejudices based on these norms. These ideas can be reinforced by everything from beauty standards to representation in film to subtleties of language.

Scientific evidence for internalized misogyny abounds: one recent study demonstrated that girls as young as six believe that boys are smarter than they are; a Knox College study indicated that girls that age have also already begun to view themselves as sex objects. These biases continue into adulthood: a Harvard study found that 40 percent of teenage boys and a quarter of girls actively prefer male political leaders to female ones, and, finally, a study of likely voters in the 2016 presidential election found that the group with the strongest bias against women in leadership was actually female Trump supporters.

In fact, many people believe that electing a female president is not important. "I don't care if we ever have a woman president," declared columnist Heather Wilhelm at conservative-leaning website The Federalist. Libertarian website Reason.com called it "a sign of progress" that "millennial women don't care that Hillary Clinton is a woman."

This dismissal isn't restricted to right and right-leaning Americans. Some voters on the left cast aside concerns over gender equality: "I don’t feel like the balance of power is off because there hasn't been a female president,” Bernie Sanders supporter Victoria Bruce told The Guardian last May. In "Why Millennials Don't Care that Hillary Clinton is a Woman," POLITICO contributor Molly Roberts argued, "among certain segments of the liberal millennial population, Clinton's gender is simply not enough to make her a groundbreaker."

If you're keeping score at home, of course, that's 45 men and zero women chosen to lead the free world. However, the issue is much bigger than even our national collective failure to elect even one woman to lead us. I believe it speaks to an underlying problem that generations of anti-female gender norms have molded us into a society that is still, apparently, perfectly satisfied with inequality.

This is a difficult topic to address because expressions of internalized misogyny are often very subtle: a reflexive tendency to defer to your husband, for example, or a willingness to accept a disproportionate share of household work. In a broader sense, this internalization means that women are sometimes responsible for holding each other back.

No, adequately responding to internalized misogyny does not mean that all women must like and support each other. However, it does mean that we must examine our own biases when determining how we feel about someone else, whether it's a boss or a colleague or a presidential candidate.