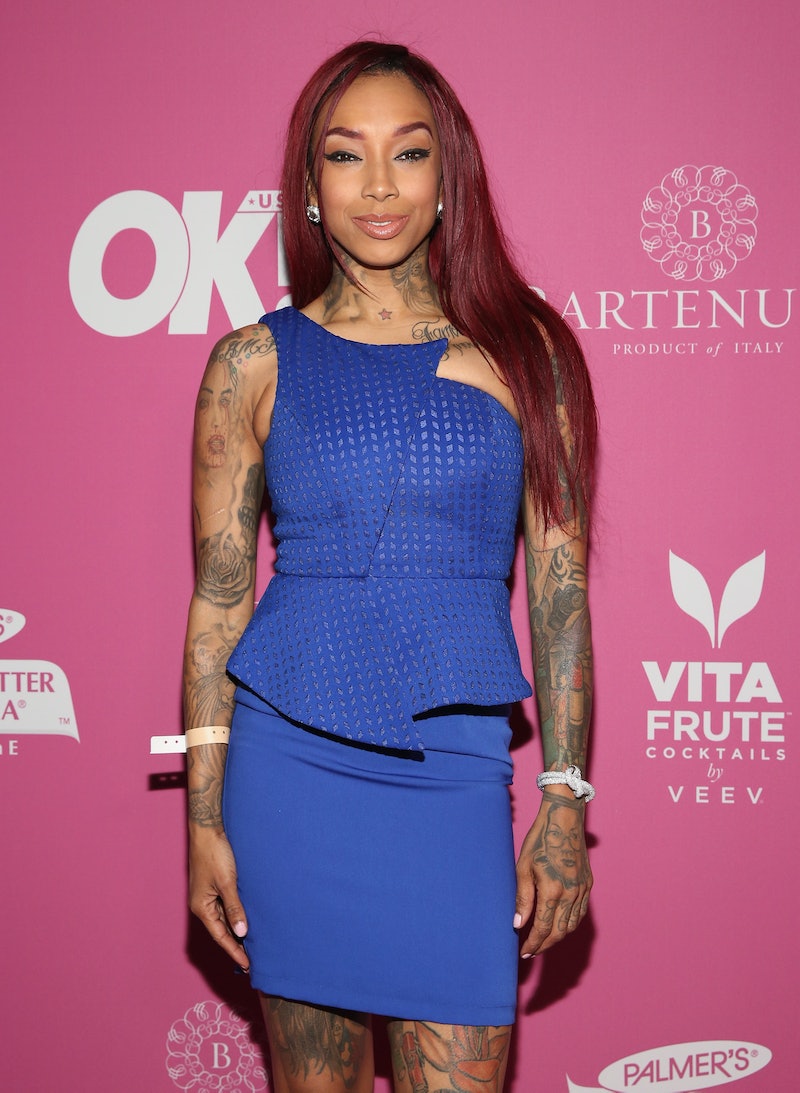 As a twentysomething woman living in a major city, I can tell you that dating is no walk in the park. It is a world filled with swiping, missed connections, and games no one really even knows how to play. It can sometimes feel like everyone you meet is putting up a front, and there is no way to go below the surface or figure out what a person is actually like outside of their dating profile. I constantly hear about women my age taking breaks from dating because they are so fed up with it. While a dating detox does sound appealing, I'm always curious to know, what do I need to know about dating in my 20s that will make this all a little easier? Sky, the energetic star of VH1's Black Ink Crew, has some advice. "Just be yourself," she tells Bustle.

Sky definitely knows a thing or two about dating; the reality star was recruited to help one newly single woman conquer her dating fears in Bustle's reality-style video Save The Date, where she offered up real-time advice via earpiece as her protege went on a first date with someone she had never met before. Some of her go-to tips include making eye contact, and not oversharing personal details of your life on a first date (so, even if you love your cats more than anything, maybe save that little tidbit for the second date).

But while Sky can't be everyone's celebrity wingwoman, she still has a few words of wisdom for young people who are struggling in the dating world.

After all, Sky has been in your shoes. With perspective, she is now able to look back at what she wishes she had known while dating in her 20s. "I feel like when I was younger, especially in my 20s, I was trying to appease [the person] that I was probably going to get a bite to eat with at the time," she tells Bustle. "In my 30s, it's like, it's just a meal."

Being yourself may sound easier said then done, but in practice it can change everything you thought you knew about dating. When your wall comes down, it sends an invitation to your date to do the same.

But, even if you are your perfect, glowy self the entire time, not every first date is going to generate a romantic spark — and that is totally fine, too. "If you can't get past the first date with someone, that means that things just weren't right between you two," Sky tells Bustle. "Don't dwell or harp on it. There's always another dinner."

It can feel risky to put yourself out there and show your date who you really are, but in the end, that is the only way to see if you make a good match. Fake it 'til you make it doesn't equate to success in the dating world — you just have to be yourself. And hopefully, sooner rather than later, you will realize it is actually the best version of you.