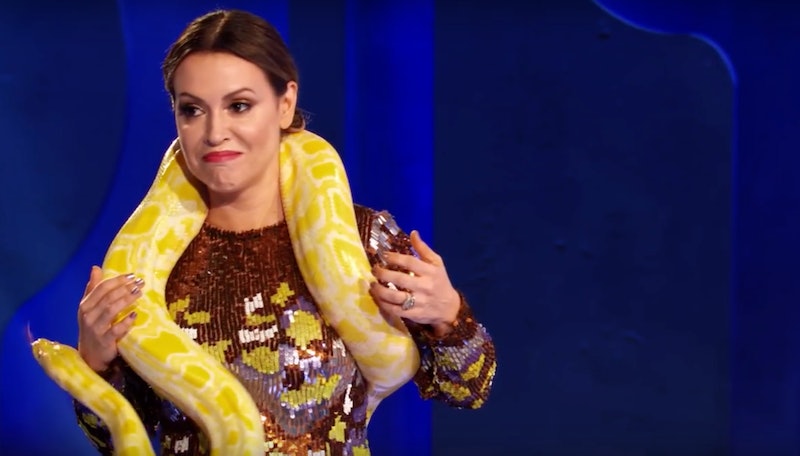 Scuttle on over to the accessory wall and use it very thoughtfully, because the cast of Project Runway All Stars' final season on Lifetime is going to be one for the Belk, er, books. As Entertainment Tonight exclusively revealed on Tuesday, Nov. 13, the upcoming season of the Project Runway spinoff will bring back past winners from the U.S. edition of the reality competition, plus past winners from Australia, Brazil, Canada, the Netherlands, and the U.K. Season 7 of All Stars will be the first international season and the first all-winners installment of All Stars. On paper, this is the spinoff's most impressive lineup yet. Lifetime's last Project Runway hurrah sure is pulling out all the stops.

Lifetime’s last season of Project Runway All Stars is scheduled to premiere on Wednesday, Jan. 2, 2019. Alyssa Milano will once again serve as our intrepid host, and veteran All Stars judges Isaac Mizrahi and Georgina Chapman will return to their posts. Marie Claire editor-in-chief Anne Fulenwider will also come back as the mentor to the contestants.

Speaking of this season's batch of contestants, let's get into who which Project Runway winners will vie for the title of Project Runway All Stars: Winners Edition victor. From the U.S. edition of the design competition reality series, we have Season 6’s Irina Shabayeva, Seth Aaron Henderson Season 7 and All Stars Season 3, Anya Ayoung-Chee of Season 9, Season 11’s Michelle Lesniak, Season 13’s Sean Kelly, All Stars Season 2’s Anthony Ryan, and Dmitry Sholokhov of Season 10 and All Stars Season 4. Will Dmitry or Seth Aaron go for the three-peat? Can't wait to find out.

Man, the supertease for Season 7 of Project Runway All Stars really has it all. There is cussing in the work room, there’s banter among the panel, there’s gossip in the sewing machine room, there’s a slew of celebrity guest judges, and there is a Burmese python that looks a lot like the snake Britney Spears danced with during the 2001 MTV Video Music Awards. ...Is that Banana? Does Banana make a cameo on Project Runway All Stars? Talk about a snake it work moment.