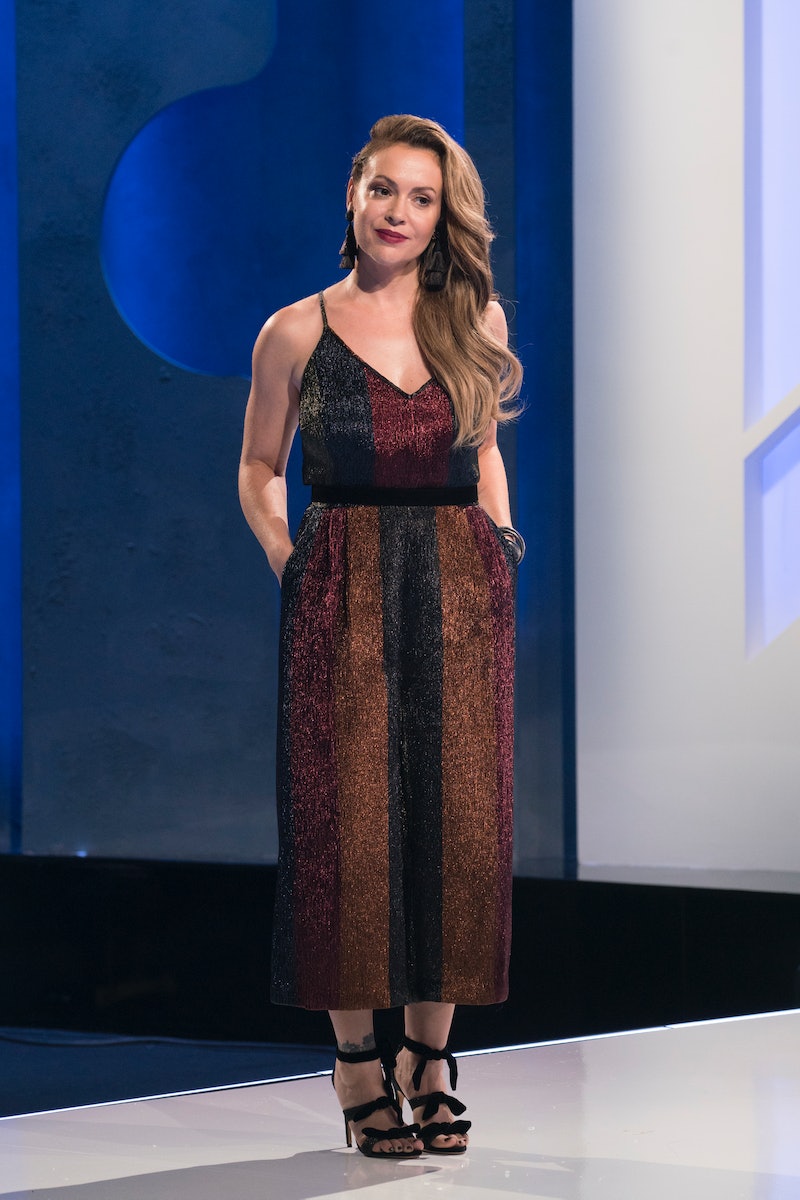 Prepare for a fabulous conclusion to your favorite fashion reality series spinoff, because Project Runway All Stars' final season will have surprises galore, according to host Alyssa Milano. The spinoff is hoping to go out on top thanks to its first international season, which features winners from Australia, Brazil, Canada, the Netherlands, and the U.K., as well as the U.S. The international aspect means there's more talent than ever before as every contestant has won a season of Project Runway. This distinction is one of the many reasons Milano is excited for fans to see Season 7 play out on Lifetime, according to her new interview with Entertainment Tonight.

"They've been through this process all the way up to the end and know what it takes to actually win," Milano told ET. "The one thing that I've always enjoyed about doing the show and that I think sets us apart from the regular Project Runway franchise is that we're judging designers and they understand the game aspect of it."

So the latest crop of contestants all know how to win the game — but the final season will need more than just talented designers to give the series a last hurrah worth celebrating. That's where the shockers come in. While she was careful not to give any solid details away, Milano explained, "It just gets progressively more and more exciting throughout the entire season." And yes, there will be twists, as evidenced by the wild conclusion of the Wednesday, Jan. 2 premiere.

Spoiler alert for the Season 7 premiere. The first episode ended with Milano declaring no one would be eliminated this week, while also adding two more designers to the already stacked lineup — Season 13 winner Sean Kelly and Australian Season 1 winner Juli Grbac. Adding these two to an already crowded field of talent is sure to up the competition factor as the season heads into week two.

In 2018, it was announced that Project Runway will be moving from Lifetime to Bravo, where the show originally aired. The fate of Project Runway All Stars remains up in the air as there are no current plans for Bravo to pick up the series. Even if they do order more seasons, Milano told ET that she wouldn't be returning as the host due to her commitment to Netflix's Insatiable.

"It's one of the funnest jobs I’ve ever had in my life," Milano said in her interview. She also lamented no longer seeing judges Isaac Mizrahi and Georgina Chapman as much she would like. She added, "We talk all the time, so it’s not like we ever left... but it's bittersweet in the fact that we don’t get to go back and be together."

Happily, Project Runway fans won't have to say farewell to the franchise as a whole thanks to Season 17 coming to Bravo later this year. It's still sad to see All Stars coming to an end though, especially considering the level of talent the spinoff tends to draw. This may be Project Runway All Stars' final season, but Milano seems certain that fans will be wowed by the grand finale of this fan favorite series.