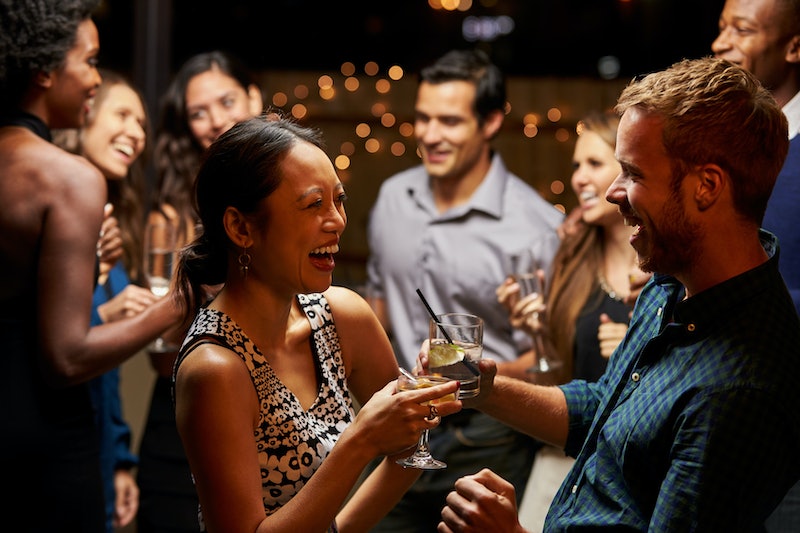 When you're deciding whether you're attracted to someone, dating apps can mean we often don't give it more than two seconds to decide. Hell, probably even shorter. But a new study finds that a quick glance at appearances doesn't always represent how you'd feel if you met them in real life.

Research from the University of Kansas that will be published in the Communication Studies Journal found that meeting people in real life can make a big difference. Students were asked to rank 10 photos again in terms of attractiveness — then they met one of the people from the photos in real life for a chat. After talking and getting to know each other, they were asked to rank all 10 photos again. What did they find? That the attractiveness ranking went up, but only for the person they spoke to in real life. Interestingly, people who had low-to-mid rankings to begin with tended to get a bigger bump.

"The most surprising thing about the study was that people who were rated as the most attractive prior to meeting didn’t become more attractive in their conversational partners’ eyes after meeting," Dr. Jeffrey A. Hall, one of the study authors, tells Bustle. "In the paper we argue that might be due to a ‘ceiling effect’ - they didn’t have a lot of room for improvement. I found it interesting in part because it fits with the long-agreed-upon finding that the assumed positive qualities of very attractive people do not always fit with the in-person experience of meeting them. Perhaps my participants expected too much from the photo of very attractive partners, and the conversation brought them back down to earth in their perceptions."

What controlled how the rankings changed? There were two factors the researchers found really made the difference. Firstly, social attractiveness— or the idea that you could be friends with that person. And secondly, their sense of humor and being fun. If you had these two things, your attractiveness level was likely to go up after meeting in real life. So people who maybe were less attractive on paper but had a sparkling personality really did seem more attractive after they got to show that personality off.

So What Does This Mean For Your Dating Life?

But obviously online dating has become such a huge part of how we interact and meet people — so how can we factor this research into our dating lives? "Online daters and app users should keep in mind that focusing only on a photo is just not a great way to know what you are going to get in person, or how much you will find someone attractive after meeting them," Hall says. "Focus on how they communicate and what you can learn about them before you dismiss them from a photo alone."

It's good advice — a photo, or even five, is just not enough information to go on. But also you shouldn't keep chatting forever. "Chatting on apps or dating websites is a good way to get to know people — personality can be judged pretty well through text based communication alone," Hall says. "I’d caution that delaying too long before meeting someone face-to-face is not a good idea either. It can raise expectations too high." I definitely have been there — you spend three weeks chatting to someone just to know within 10 seconds in real life that there's no chemistry. It can be really frustrating.

The way we are dating is just changing, but it's so important to bear in mind the way those changes may hinder our dating success. Remembering that your impression from a photo is malleable is a good way to make sure you're not getting too bogged down in the wrong stuff.