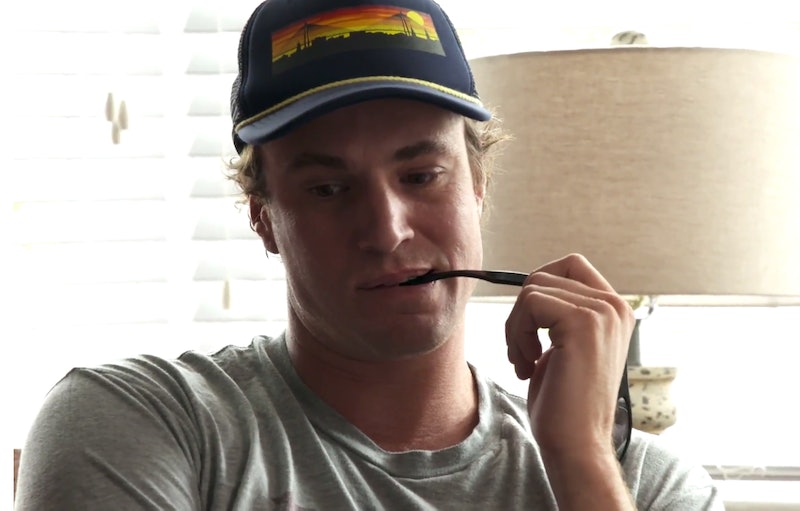 One of these days Shep Rose will grow up and find love, right? Based on the Relationshep trailer, it sure doesn't look like it. The teaser dropped after the Southern Charm Season 4 reunion Monday and it promises viewers will see a "new Shep," but that probably won't happen. This is Sheppy, after all, aka someone who has yet to show growth when it comes to himself and establishing a long-term relationship with a woman.

The spin-off focuses on Shep's love life as he travels around the country being set up on dates by friends. As Cameran Eubanks explains in the trailer (it sounds like she's also narrating Relationshep, just like she does Southern Charm), if the 37-year-old finds a connection with any of the women he meets, he'll then invite them back to Charleston. It's unclear what happens after the invitation is extended, but chances are the woman chosen will go with him, RSVP no, or continue to date him long distance. Is someone not from Charleston really going to relocate just for him? Yeah, it's possible, but this is Shep.

Despite his mom saying to her son, "This is the new Shep," it appears the "old Shep" is very much alive. One of the women he goes on a date with declares, "If he doesn't know what he did wrong, then I'm comfortable telling him." Another woman says to Shep's face, "I think I'm more mature than you are at 37." Ouch, but not surprising.

The promo also shows some romantic moments and Shep having fun, like when he pulls a Luann D'Agostino riding a camel, but instead on a horse. Shep even gets serious and expresses his fears of settling down. "I'm so scared of making the wrong decision," he says. Who knows if he'll get past all of that, but it really doesn't seem like Shep will end up finding anyone. Here's hoping he'll actually learn about himself and realize what he truly wants from life.

All that said, Relationshep basically looks like one big disaster thanks to Shep being Shep. Of course, that won't stop me from watching. Be sure to check out the trailer in its entirety.