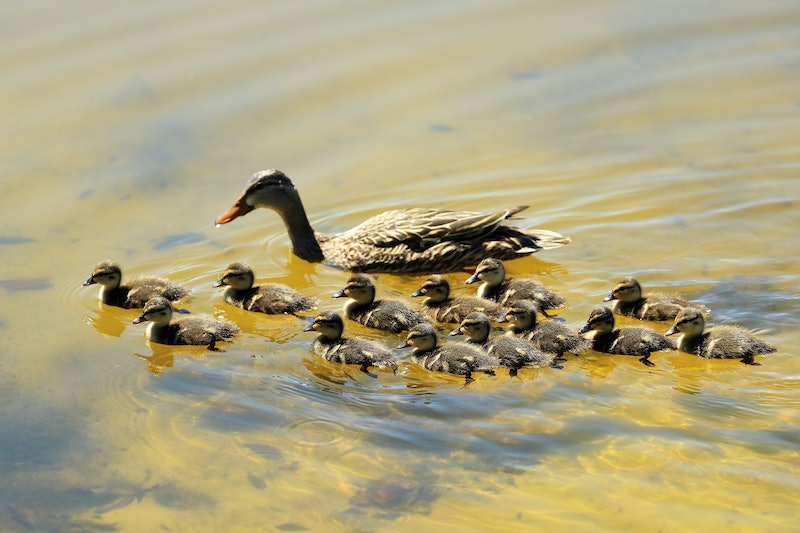 One brave politician is tired of taxpayers footing the bill for Washington's feathered friends. GOP lawmaker Mark Walker, upset by a duckling ramp he spotted in public, decided to air his honest thoughts online. The newly installed slope was built for the ducklings of the U.S. Capitol reflecting pool who would not be able to reach concrete ground without some additional help. But this did not deter the Republican lawmaker from complaining about the duckling ramp on Twitter. Walker attempted to give his complaint a hue of seriousness by saying, "If it looks like a duck and walks like a duck, it must be government waste."

The alleged "government waste" is actually an environmentally-aware step taken by the Architect of the Capitol to help the mallard ducks who come to Washington D.C.'s Union Square every spring.

According to one of the directors at the Architect of the Capitol, Nancy Skinkle, the purpose of the ramp is "to allow ducks of all ages to enter and exit the pool easily over the existing limestone curb." Without ramps or additional support to get out of water, little ducklings can drown. Additionally, it isn't the first time an initiative like this has been taken. In similar fashion to keep ducklings safe and happy, the city of Indianapolis placed floating ramps to help ducklings out of water bodies.

The "government waste" accusation from Walker elicited responses from Twitter users who couldn't help but see the irony in the Republican's characterization of a harmless ramp. Many reminded Walker of Donald Trump's visits to Mar-a-Lago which they believe is much more of a waste of taxpayer money than a simple measure to help ducklings out of water.

Others noted that Walker didn't seem to have much of an issue with how much Melania Trump's stay in New York City amounted to.

Some noted that the simple solution was cost-effective and addressed an environmental problem, something that politicians like Walker are supposed to factor into their own work.

But the most phonetically amusing response felt like this spin which says, "Duck off."

Walker's tweet has over 3,000 responses at the time of writing, and from the looks of it, most of the reaction is critical of Walker's unnecessary griping. When placed within the context of our current political climate, Walker's complaint about the duckling ramps being "government waste" sounds quite outlandish and ridiculous. A quick glance at Walker's Twitter account shows no grievance against Trump's jaunts to Mar-a-Lago, which have cost American taxpayers millions and millions of dollars. Compare a wooden or plastic ramp meant for small waterfowl with a visit to a luxury resort in Florida, and you'll see how Republican's objection is misguided and, frankly, silly.

Maybe the Republican lawmaker from North Carolina should take a stroll around the pool and learn how ducks navigate the world in their younger age. Better yet, if Walker really wants to learn more about how ducks and their little ones explore their surroundings, Robert McCloskey's Make Way For Ducklings is a super-cute story, or this informative guide on duck migration by Benjamin O'Neal from University of Illinois. Happy reading.