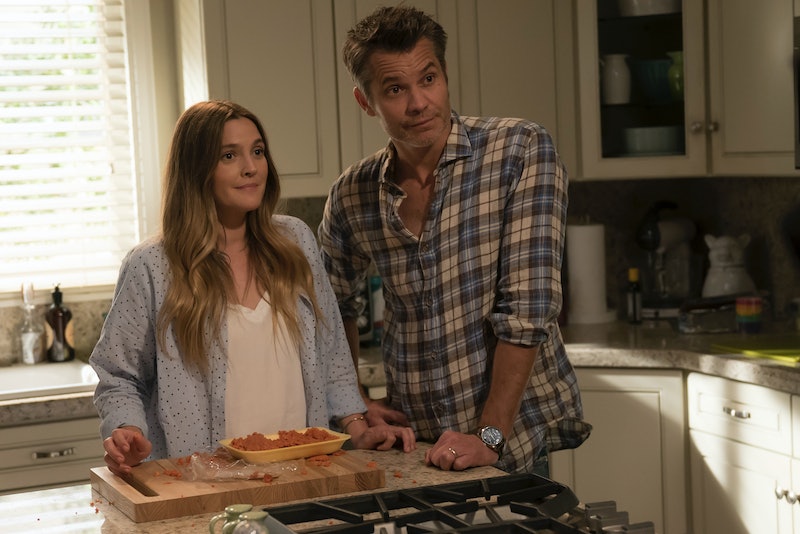 Sometimes when I find myself watching The Walking Dead, I think it's missing one key element — humor. OK, I've never actually thought that, but now that Netflix's new series Santa Clarita Diet has arrived, I've learned that zombies, cannibalism, and comedy are the perfect combination for a TV series. (Who would have guessed?) Plus, it stars Drew Barrymore and is set in sunny Santa Clarita, California, so it's perfect for the winter months. And, if that isn't enticing enough, the Santa Clarita Diet soundtrack is to die for. (Pun intended — sorry, I had to.)

The show's original score is composed by John and Josh Debney. John Debney is a veteran in the music and TV biz who received a "Best Original Score" Oscar nomination for The Passion of the Christ. He's also composed music for a diverse array of TV series and movies including Law and Order, Hocus Pocus, Elf, I Know What You Did Last Summer, and Sin City. His son Josh is now following in his dad's footsteps, and the two successfully collaborated on the score for the thriller Careful What You Wish For before joining forces again for Santa Clarita Diet.

In addition to the Debney's killer score, each episode concludes with the perfect song. Although a soundtrack hasn't yet been announced or released, you can easily make your own playlist. Here's a handy roundup of all of the songs featured in the credits.