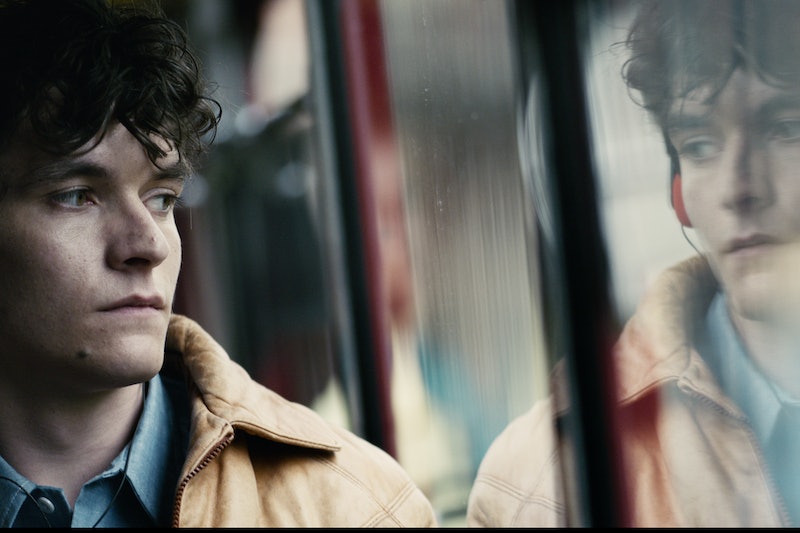 If you're into manipulating the outcome of things and having total control, and of course if you love Black Mirror, then Black Mirror: Bandersnatch is for you. If you haven't seen it yet and don't want to be spoiled, then beware, because there are spoilers ahead. But even if you have tried to choose your way to a happy ending multiple times, you still might not have come across the secret Bandersnatch post credits scene. However, if you have tried and failed to find the elusive ending, you're not alone because even the co-creators of the show can't remember how to get there, either.

In an interview with The Wrap, Charlie Brooker, the creator of Black Mirror, tried to explain how to get to the post-credits scene. “Yeah, that is — I believe that is triggered by — so, if you have the ending where he’s on the train that will show you the end credits,” Brooker began. “And I’m not quite sure — we’re trying to remember ourselves. I think that is triggered by — it’s counting how many endings you’ve seen and how many paths you’ve gone down.”

The secret post-credits end he's talking about getting to is one where Stefan is on the bus he takes in the beginning, and slides in a tape of his Bandersnatch game. It then plays noises that actually unlock a QR code and a secret online game to play. This might be confusing, but the bottom line is that if you want to figure out how to get to that game — called Nohzdyve, which is seen in the film — The Wrap has some pretty handy directions on how to do so.

Brooker continued: “So I think it’s either that you get it straight after the train or, if you haven’t yet done it, it will trigger if you’ve seen like four or five endings, I think. I think... There’s some bit of arcane kind of stuff it’s working out there.” At this point in his interview, even Brooker knew he had hit a brick wall. “That’s a good example of how complicated the whole thing got — that I can’t tell you how to trigger it,” he told The Wrap. The script for Bandersnatch was a total of 157 pages, whereas typical episodes for Black Mirror are only around 65, so Brooker not being able to remember the trigger or path to that post credits scene is highly understandable.

And as co-showrunner Annabel Jones pointed out in the same interview, it's not like they wrote it yesterday. “At the time we launched, we would have known — if that gives you any comfort and attempts for us to regain our professionalism,” she said.

And if that isn't enough proof of how complex Bandersnatch truly is. Carla Engelbrecht, the director of product innovation at Netflix, told The Hollywood Reporter that considering how many two-way options there are, there "are millions of paths to take."

Despite Brooker originally denying to THR that there are "definitely more" than five definitive endings, one of Netflix's official Twitter accounts tweeted that, "You can explore over a trillion permutations, but there are only 5 main endings."

With all of these options and ways to play and watch Bandersnatch, the hype and awe surrounding the Black Mirror film won't die down soon. And if you've never gotten any of those endings, it's worth another run through.