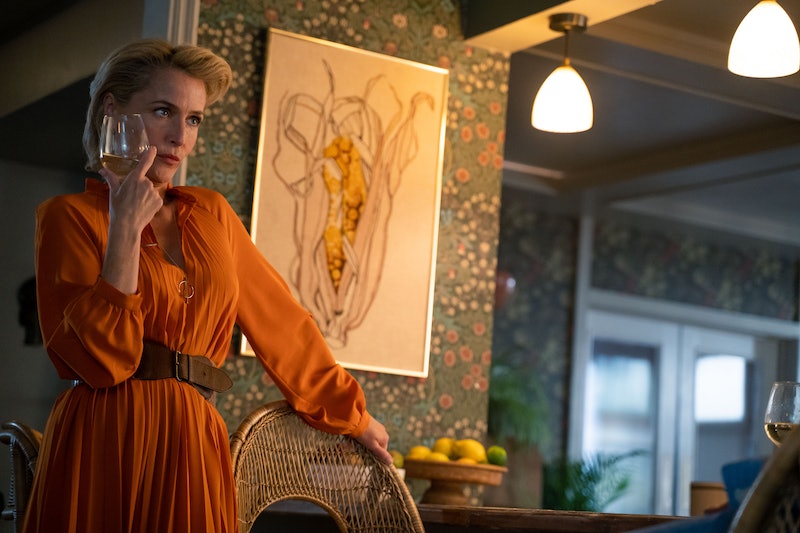 Sex Education is almost back, and fans are ready to start learning. The Sex Education Season 2 premiere date has been revealed, and it's much closer than you may think. Classes will start at the top of the New Year, on Jan. 17, 2020, so start buying your school supplies now.

Netflix UK and Ireland announced the new season's premiere date on Twitter. "Get in losers, the new term is starting," the streaming service tweeted, alongside a clever new promo photo featuring all of your favorite Moordale Secondary students. Otis (Asa Butterfield), his sex therapist mother (Gillian Anderson), and his lovable classmates are returning for the hit show's second season, and they're dealing with some pretty relatable — and raunchy — issues.

Season 2 of Sex Education will pick up where Season 1 left off, according to a press release obtained by Bustle. Otis, motivated by his new relationship with Ola, is trying to find how to master his new sexual urges while navigating his now-strained relationship with Maeve. Of course, his mom Jean is still as lovingly invasive as ever, and her relationship with Jakob has been revealed, changing the family dynamic.

According to the press release, Otis' supportive friend Eric is dealing with "unfamiliar kinds of attention" as a result of his new self-confidence, while his former flame Adam is at military school, dealing with his feelings for Eric. Additionally, Moordale Secondary is dealing with a Chlamydia outbreak, "highlighting the need for better sex education at the school."

On Nov. 22, Anderson teased what Season 2 would mean for Otis and Jean's relationship as they're faced with both new and familiar challenges. “They’ve made some headway together in terms of levels of communication," she said. "But, as with anything with parenting, you think you’ve taken a few steps forward and then you take a few steps back. And I think that dynamic continues a little bit here and there."

The second season will also introduce some new faces at Moordale Secondary. Sam Outalbali will play Rahim, a French student who "turns heads" when he joins the school, according to Netflix. George Robinson portrays Issac, a kid who leaves his mark at Maeve's trailer park, and Chineye Ezeudu plays Viv, an extremely smart student who lacks skills in the school's most important subject: love.

Between the fate of Otis and Maeve's once-adorable friendship and the continued sexual discovery of these quirky students, the new season of Sex Education is sure to be as charming and mildly uncomfortable as ever.

More like this
An 'Emily In Paris' Fave Is Joining Season 5 Of 'The Crown'
By Bustle Editors
Everything To Know About The Umbrella Academy Season 4
By Kadin Burnett
‘God’s Favorite Idiot’ Still Has To Film 8 More Episodes
By Kadin Burnett
Why Simone Ashley Had To Study Snails For Intimacy Training, Pre-‘Bridgerton’
By Grace Wehniainen
Get Even More From Bustle — Sign Up For The Newsletter