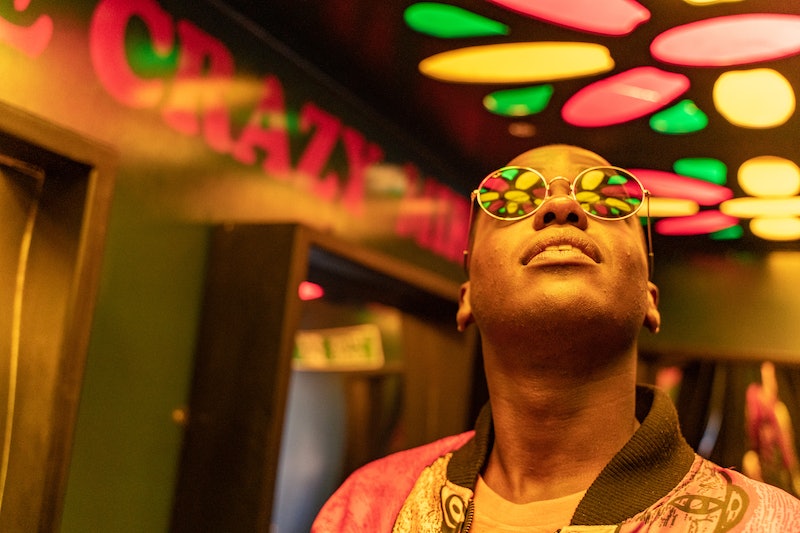 There's nothing like a little music to set the mood and Netflix's Sex Education knows all about that. The soundtrack for Sex Education Season 2 contains some of the most iconic songs about sex in the first episode. However, not all of the songs are in their more sexy form with a choir version of the Divinyls' "I Touch Myself," an a cappella version of Jermaine Stewart's "We Don't Have To Take Our Clothes Off," and Gillian Anderson even embarking on a serenade of Salt-n-Pepa's "Let's Talk About Sex." But, hey, as Sex Education constantly shows, sex isn't always as smooth as songs make it out to be.

Also true to the tone Sex Education, there's a ton of throwbacks to feed off the show's '80s vibe. The second coming provides a party playlist in the form of Otis' epic house party in Episode 6 and some truly trippy original songs in the season finale from an erotica musical based on William Shakespeare's Romeo and Juliet — the latter, of course, is all thanks to Lily. The soundtrack includes original offerings from Ezra Furman, who had contributed to the music in Season 1 as well. With so many songs featured in the Sex Education Season 2 soundtrack, there's something for everyone to sing, dance, or have sex to.

More like this
Linda Ronstadt’s “Long Long Time” Plays A Pivotal Role In The Last Of Us
By Brad Witter
Taylor Swift Visited The 'Glee' Set For This Bizarre Season 5 Episode
By Grace Wehniainen
'That '90s Show' Is Officially Coming Back For Season 2
By Gretchen Smail and Grace Wehniainen
The 'Freeridge' Cast Shared Their Hopes For A Potential Season 2
By Grace Wehniainen
Get Even More From Bustle — Sign Up For The Newsletter
From hair trends to relationship advice, our daily newsletter has everything you need to sound like a person who’s on TikTok, even if you aren’t.