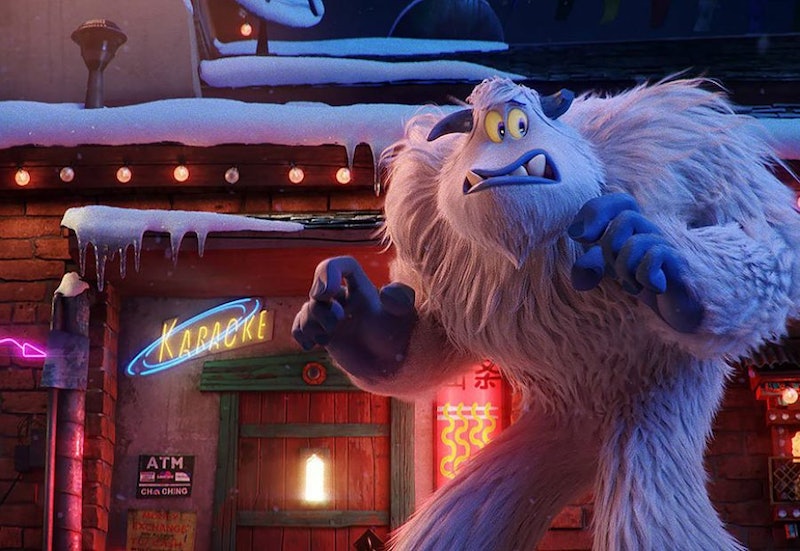 The new animated film Smallfoot, which tells the tale of a group of Yetis discovering the legendary smallfoot (AKA a human), has quite the stellar cast. In addition to star Channing Tatum, the movie features the voices of Zendaya, Common, and James Corden, among others, which suggests a pretty musically-inclined cast. So with that being the case, the Smallfoot soundtrack is likely going to be outstanding. So what kinds of songs are on the soundtrack, and when will you be able to get your hands on it?

The Smallfoot soundtrack is full of new and original songs, most of which are from the film's score, which was composed by Heitor Pereira. However, there are seven songs on the soundtrack that are sung by members of the film's cast and other artists — and no, sadly, "Zendaya Is Meechee" is not one of them, though there are two songs with "Meechee" in the title. You can take a look at the full 25 song tracklist below.

The soundtrack hasn't been released yet, but Amazon has it for preorder with an expected release date of Sept 28. However, a handful of the film's songs have already been released as singles. The lead single is "Finally Free," by former One Direction member Niall Horan. The song's choppy acoustic sound is very upbeat, and was featured in the movie's trailer.

Next up is Zendaya's "Wonderful Life," which was released by in August. This song is performed by her character Meechee in the film (remember, Zendaya is Meechee), and it definitely has those classic animated musical vibes.

Next up is James Corden's contribution. The Carpool Karaoke host plays the main "smallfoot" character in the film, Percy, and in a scene released by Warner Bros., he fittingly performs a karaoke rendition of a song called "Percy's Pressure," a lyrically-altered version of the Queen/David Bowie classic "Under Pressure."

The fourth song released from the film is "Moment of Truth," which is performed by CYN and is pretty much guaranteed to get stuck in your head.

Finally, a rap song by Common is featured in the film. His character, a Yeti elder named Stonekeeper, performs the song "Let It Lie" as a way to describe the history of the Yeti. The song hasn't been released in full yet, but you can listen to a sample of it below.

Judging from what's been released so far, it sounds like the Smallfoot soundtrack is going to be one of the catchiest of the year — possibly even catchier than the earworm that is "Zendaya Is Meechee."

More like this
Everything You Need To Know About ‘Black Panther: Wakanda Forever’
By Bustle Editors
Christian Bale Sang With Taylor Swift & His Daughter Can't Believe It
By Radhika Menon
Snoop Dogg & Michelle Pfeiffer Lead Moving Tributes To Coolio
By El Hunt
Everything You Need To Know About The 'Knives Out' Sequel
By Bustle Editors
Get Even More From Bustle — Sign Up For The Newsletter