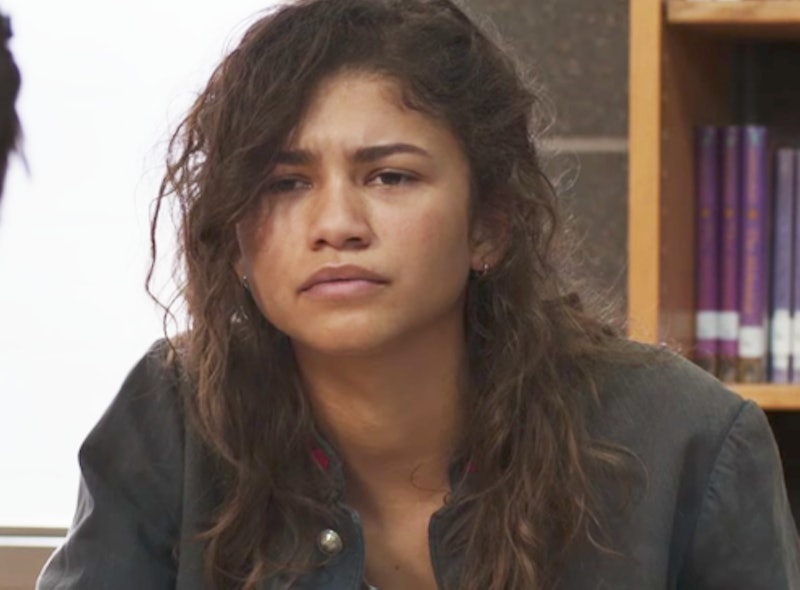 Ever since the rumor first hit the internet that Zendaya might be playing Mary Jane Watson, the official position held by those involved in the film was that she was most definitely not. Spoilers ahead. Even now, despite a scene late in the film revealing that Michelle Jones is known as "MJ" to her friends — "MJ," of course, being Mary Jane Watson's infamous nickname — Marvel Studios President Kevin Feige and Sony Pictures producer Amy Pascal insist that Michelle is not Mary Jane Watson and never will be. "She's not Mary-Jane Watson. Is she going to date Peter? Are they going to fall in love?" Feige recently said to IGN. "...Who knows what will happen in the future films?" Well, I know what should happen: Michelle "MJ" Jones should be Peter's endgame love interest, or the bones that Homecoming threw to black women will mean nothing.

The latest Spider-Man reboot has been heralded as the most diverse of them all; Peter Parker actor Tom Holland praised director Jon Watts in a July interview with People for "[casting] this movie based on who was best for the role rather than where they’re from or what they look like." Thanks to that colorblind casting, we got Laura Harrier as Liz Allen, Jacob Batalon as Ned, Tony Revolori as Flash Thompson, and, of course, Zendaya as the mysterious new character Michelle Jones. Peter spends most of the film pining for Liz, but there are several hints throughout the movie that Michelle is actually pining after him. The fact that Peter had not one, but two, love interests who were both black women is groundbreaking; the fact that neither women fit the typical Marvel movie love interest mold is refreshing; and the fact that, as characters independent of Peter, Liz and Michelle are both interesting, three-dimensional women is a relief. But their future in the franchise isn't exciting to me; it's a cause for concern.

While Harrier portrays a more minor Spider-Man lady and thus it's no surprise that she doesn't end up with Peter, Zendaya's Michelle has potential to be endgame. She is a canon foreigner with no direct counterpart that will essentially guarantee her a meaningful place in the franchise, but her revelation at the end of the movie as "MJ," the beloved woman who would go on to lead several of her own titles in the comics in the decades after her introduction, could have sealed her fate as the single most important character in Spider-Man aside from, well, Spider-Man. But Feige insisted to IGN that while the name may be the same, MJ is not actually Mary Jane, and her nickname was only meant as a "fun homage" to Peter's past comic book loves.

This sentiment can be taken one of two ways: either Mary Jane Watson and Gwen Stacy are things of Spider-Man past and have no place in the future of this reboot, or the real Mary Jane Watson will eventually join the series and Liz and Michelle will both be forgotten in the wake of Peter's canon romantic destiny. And, I'm sorry, but if it's the latter, then that's bullsh*t.

When Zendaya was first rumored to be Mary Jane, there was immediate backlash from comic book purists who insisted that the character had to be the white redhead they were used to seeing. The criticism was so intense that Zendaya had to deny that she would be playing Mary Jane before we even got our first trailer. After the film was released, though, her character was praised as one of the best parts of it, both for her hilariously snarky one-liners and her undeniable chemistry with Holland. And this time, when Zendaya was revealed to be "MJ," there was no backlash. Instead, people were simply wondering why she had so little screen time in the film if she was being set up to be Mary Jane, as that nickname implies.

But, as it stands, her future in the franchise is incredibly uncertain. Unlike every other character, Michelle is not a familiar member of Spider-Man mythos. She is not Peter's best friend, his crush, or a member of his Rogue's Gallery, and, if the films follow the comics, then she's not his endgame either. If, as Feige teases, she does turn out to be Peter's love interest in the next film, there's a good chance that she's just a temporary placeholder for the Gwen Stacy and the Mary Jane Watson that we know from canon are coming — the Gwen Stacy and Mary Jane Watson that may be cast with white actors in order to avoid the backlash Zendaya initially received or to follow comic book canon to the letter.

It's impossible to predict the future of the franchise at this point, but one thing is already clear: if Michelle is sidelined, she deserves better than that. More importantly, black women deserve better than that. We are not footnotes in any story, especially a romantic one. We are not placeholders to help the hero grow until his iconic match walks through the door. We are not disposable girlfriends to be swept aside when the hero's one true soulmate sweeps through the door. But if Hollywood movies, with their frequent lack of black female characters in leading roles, are to be believed, that's all we're good for.

In 2014, Chris Rock wrote an essay for The Hollywood Reporter about racial issues in Hollywood, stating, "You can go to whole movies and not see one black woman... is there a single black woman in Interstellar? Or Gone Girl? Birdman? The Purge? Neighbors? ...I go to the movies almost every week, and I can go a month and not see a black woman having an actual speaking part in a movie." In 2015, Buzzfeed expressed a similar sentiment, writing that, "A lot of the time [black women] are not there at all, and then when we are present, we are often — as in the rest of popular culture — rendered sexless, hyper-capable (at the expense of all other facets of humanity), and deemed unworthy of greater character development and resolution". And, as Black Girl Nerds pointed out in 2016, this depiction of black women in media has real world consequences:

"We know from dating websites that black women get messaged the least, and suffer from higher rates of depression than every other ethnicity. We know that some people legitimately believe black people feel less pain, and that people are all too comfortable harassing them online."

As such, Zendaya's casting, and Harrier's, matters tremendously. Obviously, I'm not putting the burden on either actor — or either character — to transform the negative perception of black female love interests in a single movie or a single franchise. But if Peter's idealization of and affection for Liz showed that a black woman can be the most desirable girl in school, then Michelle being Peter's love interest would show that, even if a black woman isn't the most desirable girl in school, she is still every bit as worthy of love. And Michelle being the endgame love interest would show that black women are not a distraction from a future soulmate and are not a forgettable past dalliance. We are that soulmate. We are the main event.

Spider-Man is a beloved, mainstream franchise, but it's one with traditionally white heroes and predominantly white supporting characters. Homecoming is the first live-action adaptation of the canon to acknowledge that Peter's hometown of Queens in 2017 is more diverse than comics have historically shown it to be, so why not take that further? Peter has not one, but two, black women as his love interests, who are every bit as desirable, lovable, and marriageable as their white counterparts. To see that undermined in the future for a return to the canon norm would be heartbreaking and offensive, as well as a big mistake.

The character of Michelle "MJ" Jones presents Marvel with an opportunity that the studio would be blind not to take advantage of. Her popularity with critics and audiences is obvious. Her friendless backstory, evident intelligence, and #woke activism provide enough rich fodder for an entire film on their own. And, as said, Zendaya's chemistry with Holland is amazing. So, if Michelle Jones is going to be a love interest, then let her be the love interest. If Michelle is not Peter's endgame, then I'd rather she never became his love interest at all. She is no one's stand-in. I am no one's stand-in. I've seen more than enough of that in movies, and seeing it retreaded here would just fly in the face of all the diversity that Homecoming tried to prioritize.

More like this
Memes & Tweets About 'The Minions: The Rise Of Gru' #Gentleminions Trend
By Grace Wehniainen
Jurnee Smollett’s Heart Is Healing
By Rebecca Carroll
'Dune: Part Two' Could Include A 'Little Women' Reunion
By Arya Roshanian and Alyssa Lapid
What’s New On Netflix: Lana Condor’s Ghostly Comedy & A Sexy Reality Series
By Arya Roshanian
Get Even More From Bustle — Sign Up For The Newsletter