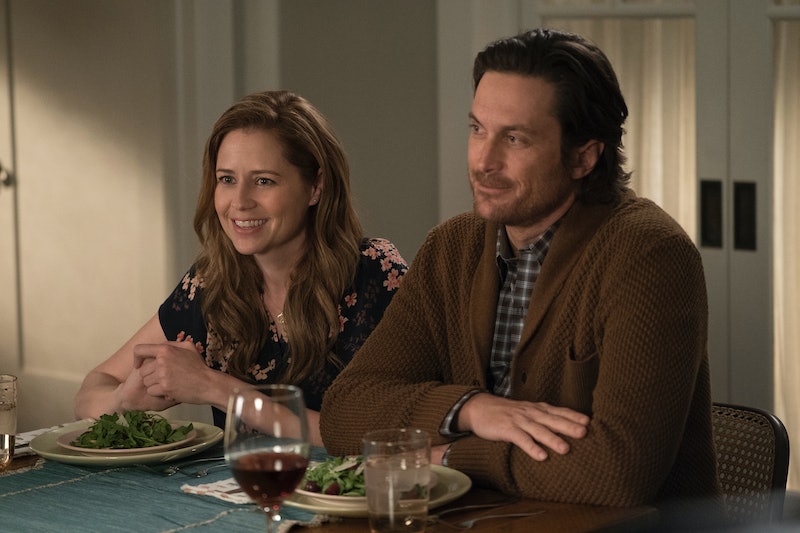 Splitting Up Together already has endless potential for heartwarming moments, despite the fact that it centers around divorce. And what better to accompany a tale of love and relationships than an upbeat and sentimental pop song? So what's the theme song to Splitting Up Together?

The charming melody that plays in the first few moments of Splitting Up Together is a song called "Everything's Okay" by an artist named Lenka Kripac, who goes by simply "Lenka." According to her Spotify biography, Lenka is an Australian artist who formerly acted as a vocalist and keyboardest for the band Decoder Ring before heading to Los Angeles to pursue a solo career. Her 2017 album, Attune, was described by Australia's Forte magazine as "a breathy, whimsical album. It’s like wandering through an indie Rom-Com or Kodak camera advertisement." The outlet also stated that the album as a whole "leaves you with a warm fuzzy feeling after listening to it." Australia's Alt Media also had similar praise for Lenka's music, saying that she "created a mesmerizing blend of gentle folk-pop, soulful jazz and the occasional pop ballad."

In an interview with TheLaLa.com in 2015, Lenka said the happy vibes of her music stem from her own efforts to bring herself out of an unhappy place. "The positive optimism vibes actually come from me trying to tell that to myself. It is like my therapy. When I sit down and write a song, I am usually trying to get myself out of a slump or a bad mood or a bad time I am going through, you know?" she told the website. "So, that is where it has always come from. I’ve tried to write happy music to make me feel good. And then when I realized that it had that effect on my fans, that I made them feel better about themselves and their lives, I was like 'OK, this is worth doing.'"

Taking into account this perspective, it seems that Lenka would be the perfect artist to lend her song to Splitting Up Together, a show that portrays a married couple attempting to co-parent their children and live in the same house even after they decide to end their relationship. The lyrics themselves point to hope — a theme that fits snugly into Splitting Up Together as two people try and cultivate a family dynamic that works for everyone.

Keep giving me hope for a better day / Keep giving me love to find a way / Through this heaviness I feel / I just need someone to say, everything's OK.

A bubbly melody such as Lenka's also sets the tone for a family comedy, which is ultimately what the show is, in large part, trying to be. Splitting Up Together is based on a show of the same name out of Denmark, but that one didn't quite achieve the family vibe the American adaptation wanted to hit. "There’s a lot that we took from the Danish format which is wonderful,” Emily Kapnek, executive producer, said, according to Deadline. “But they didn’t really focus on the kids that much — the kids were really peripheral and they made a point of not telling workplace stories, you were very much focused on this dynamic between the two of them ... As early as the pilot, we told kids' stories and aged up the kids so we could do those great family stories."

Though divorce is an unhappy reality, Splitting Up Together has never been billed as an emotional drama that's going to force viewers to wallow in the heartache of its protagonists. Its promos tease a lighthearted and sometimes complicated dynamic, but ultimately a narrative that offers endless potential for optimistic storytelling — and a theme song that perfectly fits the tone.