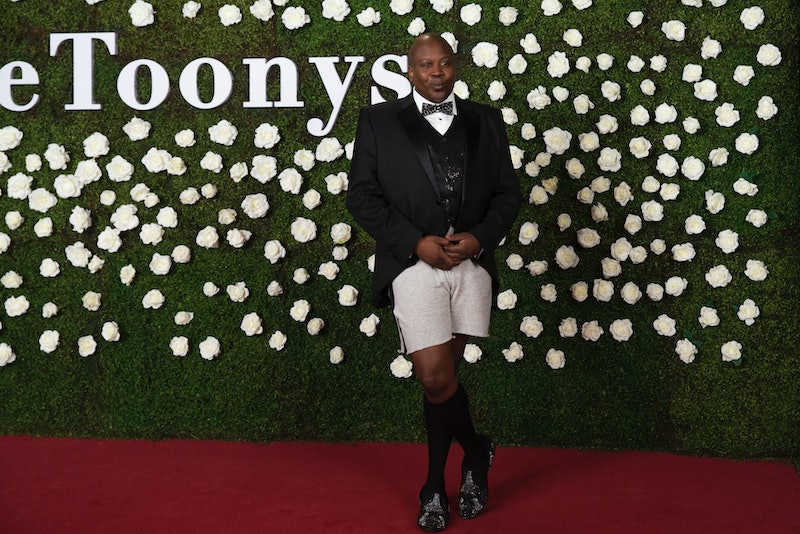 Tina Fey has weathered her fair share of backlash throughout her career, but apparently, she remains unfazed. In fact, she's not afraid to dig up up old conflicts herself. The Taylor Swift reference in Unbreakable Kimmy Schmidt proves as much.

In the second episode of Season 4, Part 2, Titus is faced with the opportunity to come forward about his sexual harassment experience with Mr. Frumpus at his Sesame Street audition. "You really should, it's the right thing to do, I'm sorry," Kimmy blurts out, to which Titus — who argues that he doesn't want to be defined by that single experience, responds — "there's a special place in hell for women who don't help Tituses."

If you're familiar with Swift and Fey's past drama, you'll recognize this as a callback to a comment Swift made in 2013 after Fey hosted the Golden Globes with Amy Poehler. The two joked that Swift should "stay away" from Michael J. Fox's son and take some "me time" instead, alluding to Swift's much-scrutinized dating history.

Swift, in an interview with Vanity Fair following the Globes, said that in response to Fey and Poehler's joke, she was reminded of something Katie Couric told her: "There's a special place in hell for women who don't help other women. (The quote is originally attributed to Madeline Albright).

Fey, for her part, insisted that the joke was "benign" and nothing more, while Poehler was a little more empathetic. "Aw, I feel bad if she was upset," she said in a statement to The Hollywood Reporter. "I am a feminist, and she is a young and talented girl. That being said, I do agree I am going to hell. But for other reasons. Mostly boring tax stuff."

The very next year at the Golden Globes, Fey quipped about the "special place in hell" joke while presenting Poehler with an award. The year after that, in 2015, the two mocked Swift's "Bad Blood" video while co-hosting on Saturday Night Live. Clearly, Fey is not done laughing about the incident, if she once again brought it up on Unbreakable Kimmy Schmidt in a 2019 episode.

All in all, it was a very silly "feud" for a few reasons. First of all, feminism does not require all women to blindly support one another and step in line behind a single ideology. Feminism, in fact, requires the recognition that women are human beings, that we're complex and have disparate values, and that we don't always agree. Second of all, it was a joke at the Golden Globes, and while, certainly, it was a low, borderline insensitive blow, Swift's reaction was also quite pointed. This sort of unconstructive infighting accomplishes nothing, but it's been rehashed again and again throughout the years.

On one hand, it kind of feels like Fey should let this go. This didn't start as women pitting themselves against each other, but it increasingly became exactly that. She's fulfilling her own prophecy. On the other hand, it is exactly kind of shade that Titus would dramatically throw at Kimmy.