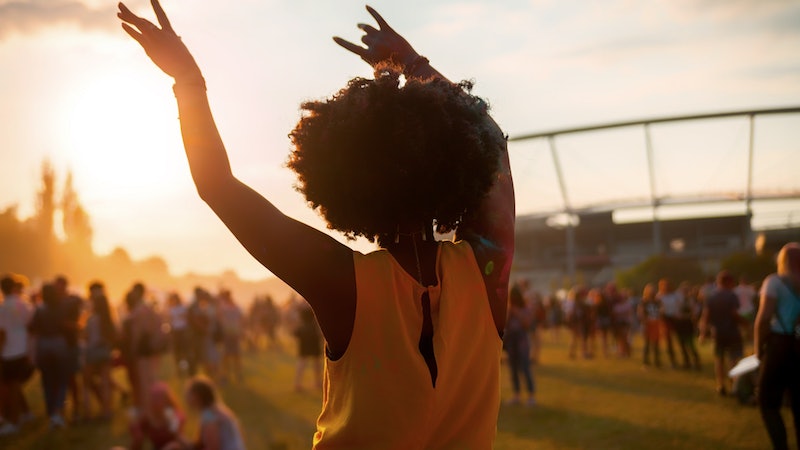 Dig out your body glitter, favourite band tee, and G and T in a can, festival season is well and truly here. There's nothing quite like standing in a rain-soaked field listening to your favourite bands that brings people together. Festivals might be about the music but they are also a really awesome way to meet people and have a little bit of a summer romance. To maximise your chances of finding love, location-based dating app happn has revealed the top ten festivals for matches. But the question is: are you attending any? When you meet someone at a festival it is fairly safe to assume that you share the same taste in music and, as you are surrounded by your mates, it's a really low-pressure way to strike up a conversation. But which are the best festivals to find dating app love?

The lack of showers and two day hangovers may not be the most conducive to finding the one but dating app happn revealed it hasn’t been stopping their users at festivals. It conducted a in-app survey to establish what sort of music their users like the most and which festivals they will be attending this summer. But are the odds in your favour?

Happn found that it was Latitude festival that came out on top. Users made the most matches (or crushes, to use the proper happn lingo) at the Suffolk based music and culture festival that starts on July 18. Users heading to Download better ready themselves as it came in a close second. Boomtown, Isle of White, and Boardmasters also made the list. Festival goers attending Wilderness, Wireless, and Parklife should also keep their eyes out for love as users had serious romantic success using happn while donning their wellies and adapting to the acquired taste of lukewarm Strongbow Dark Fruit.

Users may have had the most luck in love at Latitude but happn found that it didn’t necessarily align with users music taste. The most popular festival for singles using happn was Wireless. South West Four and Lovebox also proved super popular and Reading and Parklife rounded off the top five. While Download proved second most successful for those looking for a summer romance it only rated seventh on the list of the most popular festivals. Latitude didn’t appear in the top ten at all.

While the summer so far has generally consisted of one day of sunshine and biblical downpours the rest of the time there is very little that can get you down when you are covered in iridescent sparkles, with braids in your hair, and beer in your hand. Festivals are such a happy time and talking to someone about your shared love for a band is one of the best ways to meet someone. If you are heading to a festival this summer get swiping, build your campsite entourage, and maybe you will find love?