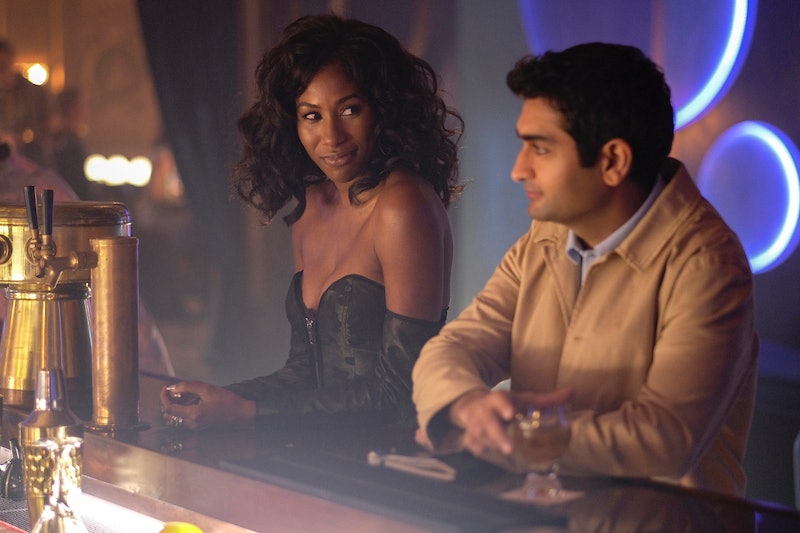 Spoilers ahead for The Twilight Zone episode, "The Comedian." The premiere of the reboot of The Twilight Zone introduces viewers to a comedian by the name of Samir, played by real-life stand-up comedian Kumail Nanjiani. Poor Samir would be a star on the rise, but he can't get anything more than a polite chuckle and awkward seat shuffling when he's on the mic. Until he runs into iconic comedian J.C. Wheeler (Tracy Morgan) who gives him some advice that ends up going way too far. While the premise is creepy, the most notable thing about Kumail Nanjiani's episode of The Twilight Zone is that the comic actor is able to seamlessly go into dramatic territory. Much like some of the other episodes, the casting helps ease some of the anxiety you might feel delving into such a spooky show.

The Twilight Zone found a perfect fit for a host for its reboot in Jordan Peele, whose films are essentially the big-budget blockbuster equivalent to the show's unique mix of sci-fi/fantasy and social commentary. An added bonus to his involvement is that Peele has a decade-plus career in comedy during which he likely made connections with hundreds of comedians he can look to when casting for his projects.

Peele has made a habit of putting comedic actors in terrifying situations, such as stand-up and sitcom star Lil Rey Howery in Get Out and alt-comedy icon Tim Heidecker in Us. Peele's reboot provides Nanjiani an opportunity to go to a similar opportunity for the actor to try out a character unlike any he's ever played, despite the fact that he's a stand-up comedian playing a stand-up comedian.

Nanjiani explained to Vanity Fair, "The main character I play goes to such dark places ... I’ve never played anything like that." Samir's mysterious new power to erase people and events in his life from existence by making jokes about them causes him to become a murderer of sorts, erasing anyone who bothers him for the sake of getting a laugh. Nanjiani is joined in his comedic-turned-dramatic performance by Morgan, whose ghostly spector offers Samir the advice that causes all of his jokes to kill, but at a cost.

"There’s a lot of actors that we use in this first season who, if you think about them, you think of as "ha-ha funny" comedic actors," co-executive producer Simon Kinberg told Vanity Fair, "The best comedic actors and actresses have a sort of darker side to them ... And in an interesting way, [casting them] sort of destabilizes the audience." This trend can be expected to continue in the casting of other Twilight Zone episodes featuring Adam Scott, Jessica Williams, Seth Rogen, among others.

The intermingling of comedy and drama has long been present in Jordan Peele's work, even as far back as Key & Peele. In fact, "The Comedian" even has a near-identical final image as one of Key & Peele's most absurd horror-adjacent sketches. While the show is still forming its voice, audiences can expect to see some of their favorite comedians be forced to face some unknowable mysteries when they end up passing through The Twilight Zone.