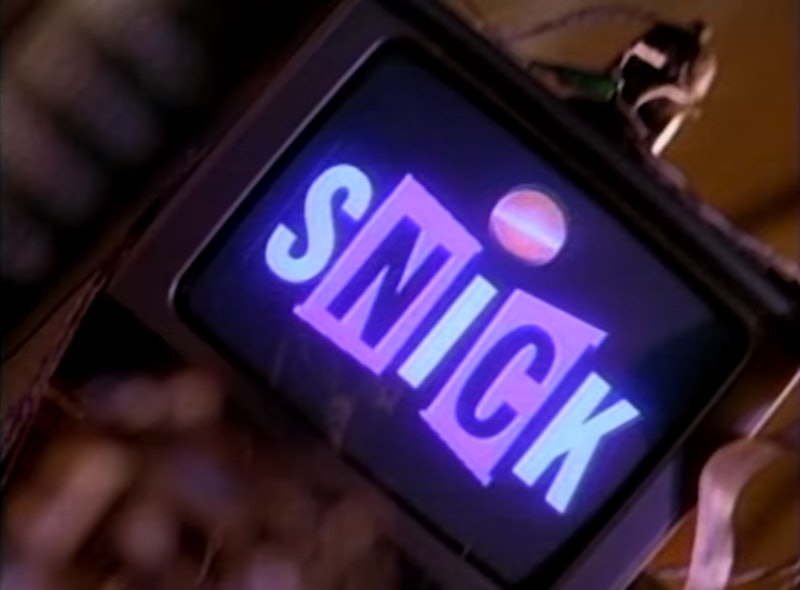 Dunkaroos, the Spice Girls, plaid everything, and TGIF — these are just a few of the reasons why millennials of a certain age want to go back to '90s. If the latest trending Twitter hashtag #MyFavoriteThingsAboutThe90s is any indication, the TV shows might be the thing that '90s kids miss the most, though. Sure, this is the era of peak TV, but once you've lived through a decade that gave the world The Fresh Prince of Bel-Air, Nicktoons, and (the original) The X-Files, nothing else can really compare.

While the number of different shows mentioned by Twitter users is seriously impressive, almost everyone can agree that '90s cartoons were the best. The overwhelming love for throwback animated series could stem from the fact that many of the people chiming in on social media were growing up during the decade, or it could be because deep down everyone knows shows like Rugrats, Gargoyles, and Rocko's Modern Life are masterpieces, no matter how old you are. Either way, the love is real, and the tweets will leave '90s kids nostalgic for the days of Stoop Kid and humming The Magic School Bus theme song.

Even though Game of Thrones was still just a book series and Jim Halpert was probably still cracking wise on a playground somewhere, the '90s delivered some unforgettable TV shows. And while there's an abundance of things to stream on Netflix these days, nothing will ever fully replace SNICK in the hearts of '90s kids.

From Rugrats to The Powerpuff Girls, the '90s are a treasure trove of classic animated series — and there truly was something for everyone. Whether you were looking for something gritty like the Batman: The Animated Series or a sardonic teen like Daria, the decade had you covered. Even adults were watching animated shows thanks to hits like The Simpsons and King of the Hill.

It's impossible not to mention Nickelodeon when you're discussing '90s TV. The channel programmed a variety of shows that spoke to kids of all ages. All That introduced young adults to sketch comedy, Are You Afraid of the Dark? surely sparked more than a few people's love for the horror genre, and the game shows were pure inspiration fuel. If you came of age during the decade, then you almost definitely wanted to meet Olmec.

The Fresh Prince Of Bel-Air

The decade just wouldn't have been the same without Will Smith, Carlton's dance moves, or Uncle Phil's sage advice. And that theme song? Perfection. The Fresh Prince of Bel-Air is downright iconic.

Why would anyone ever make plans for a Friday night when they could watch Full House, Boy Meets World, and Family Matters? Friday night TV isn't really a thing anymore, but if ABC ever decides to resurrect this TV block, adult '90s kids will be forever grateful.

Every decade is full of classic shows, but is it any wonder that the '90s lineup holds such a special place in so many people's hearts? Any decade that serves up Buffy the Vampire Slayer, Living Single, The X-Files, Xena: Warrior Princess, and Friends deserves all of the love.

Thanks to the #MyFavoriteThinsAboutThe90s hashtag, Twitter is waxing nostalgic about everything from grunge to Blockbuster. Clearly, there's a whole lot to love about the '90s, but the decade-defining TV shows remain a favorite. Never forget, without the '90s, there would be no Buffy, no Daria, and no Xena — and that would be a sad world indeed.