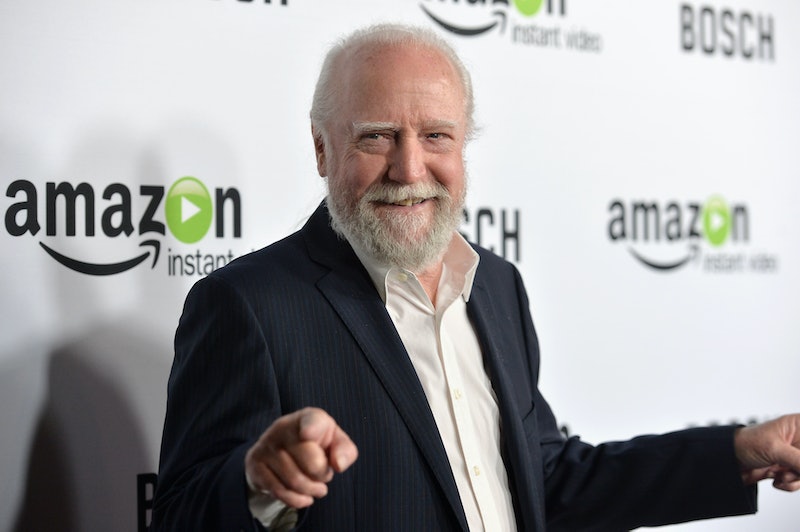 There's sad news coming out of Hollywood today. The Walking Dead actor Scott Wilson has died at the age of 76 after a battle with cancer. The news was announced via The Walking Dead's Twitter account, and was immediately met with an outpouring of love for the actor who was best known to fans as Hershel, the calm leader of the farm, and Maggie's stepfather.

"We are deeply saddened to report that Scott Wilson, the incredible actor who played Hershel on #TheWalkingDead, has passed away at the age of 76. Our thoughts are with his family and friends. Rest in paradise, Scott. We love you!"

Wilson first joined The Walking Dead cast in its second season, and quickly became a fan-favorite, even beyond his Season 4 exit. The kind, caring, and divine spirit of Wilson's beloved character wasn't just an act, however. And those who had the pleasure of meeting the talented man in person definitely made it clear what a wonderful person he was via social media. In addition to mentioning how much he will be missed, there are plenty of stories about Wilson's dynamic personality and goodness being shared throughout all of the tributes.

Upon finding out the news, Wilson’s Walking Dead cast mates, former industry colleagues, and all-around admirers, took to Twitter to share kind words about the legendary actor, his generous spirit, and how he inspired so many with his work.

Though most recently known for his outstanding work on the AMC franchise, Wilson has been a force in the industry for quite some time. The Atlanta native has appeared in Hollywood classics such as the 1967 film adaptation of Truman Capote's book In Cold Blood and 1980 horror film The Ninth Configuration, for which Wilson received a Golden Globe nomination for Best Supporting Actor.

Wilson's friends and respected colleagues weren't shy when it came to praising the late actor's résumé within their social media tributes to the star, either. The biggest takeaway for many, however, was just how much Wilson meant to those closest to him.

When touching on Wilson's impact in a Sunday, Oct. 7, Twitter post, Walking Dead alum Tyler James Williams wrote, "Just waking up and was hit with the news of Scott Wilson's passing. I will never forget the warmth this man carried at all times. One of those people who walked into a room and made a point to bring a smile to everyone’s face. Rest well, sir. Thank you for it all."

Also completely taken aback by the news, Wilson's Walking Dead cast mate Andrew Lincoln sent out a tweet to let fans know just how tough it is for him to come to terms with this loss. Lincoln wrote,

It's definitely a tough time for everyone deeply affected by Wilson's loss, but seeing all of the tributes highlighting his amazing spirit will hopefully offer a bit of comfort to those in mourning.