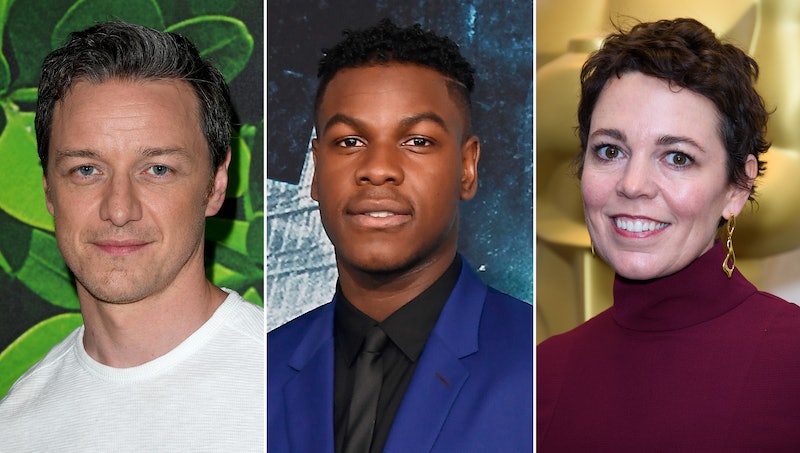 The BBC's Christmas schedule is positively full to bursting this year, and one major highlight is the broadcaster's all-star remake of the Richard Adams classic, Watership Down. And when I say all-star, I really mean all-star: the Watership Down voice cast is so brimming with A-listers, it'll coax back even the most haunted of childhood readers, who still occasionally relive the Sandleford rabbits' ordeal in their nightmares. Listen: who better to quash that childhood terror than James McAvoy, friends? Or John Boyega? Or Olivia Colman, or Gemma Chan, or Nicholas Hoult?

According to the Radio Times, Watership Down airs this Saturday, December 22, at 7 p.m. on BBC One (while Netflix will broadcast the adaptation internationally). It was written by Tom Bidwell and directed by Noam Murro — and I really can't overstate just how massive that cast is. In supporting roles, there's names like Mackenzie Crook, Rory Kinnear, Miles Jupp, Freddie Fox, Jason Watkins, and Craig Parkinson. And they've only gone and got Daniel Kaluuya in there! Sir Ben Kingsley! Gemma Arterton! Peter Capaldi! Want a rundown of (most of) the luminaries of Hollywood lending their voices to the rabbits of Watership Down? You've come to the right place.