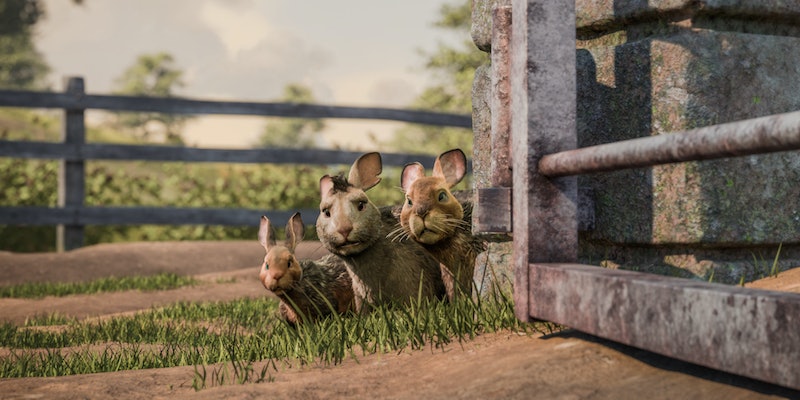 One animated gem found within the BBC television Christmas schedule this year is Watership Down. The TV adaptation of the classic 1972 novel will tell the tale of a group of rabbits, who flee their home after facing the threat of human violence. The animated reimagining includes an all-star celebrity cast, but who voices Fiver in Watership Down?

According to the Radio Times, the role of Fiver will be voiced by actor Nicholas Hoult. The 29-year-old is known for his previous roles in the E4 teen drama series Skins, as well as his breakout role in About A Boy, a film in which he starred in opposite Hugh Grant at just 12 years of age. Hoult's resumé also includes film's such as Jack the Giant Slayer, Mad Max: Fury Road, and The Favourite - which also stars actress Olivia Colman, who also lends her voice in Watership Down. In the BBC production, Colman voices the character of Strawberry, and is just one of many household acting names to feature in the Christmas special.

Star Wars actor John Boyega will voice Bigwig in the BBC animation, alongside the former Doctor Who star, Peter Capaldi, who portrays the character of Kehaar. Other members of the cast include Crazy Rich Asians actress Gemma Chan as Dewdrop, Get Out actor Daniel Kaluuya as Bluebell, the Thick of It star Miles Jupp as Blackberry, and James McAvoy as Hazel.

The 2018 reimagining of the original novel, which was written by English author Richard Adams, is scheduled to air on BBC One at 7 p.m. on Saturday 22 December. The second episode will then air the following day at the slightly later time of 7.20 p.m., and also be made available to stream on Netflix worldwide.

The new adaptation follows in the footsteps of the iconic 1978 film, which Nicholas Hoult recalled watching as a child, reports Digital Spy. "I had like flashing images of [the film] imprinted," he told the gathered journalists. "I watched it very young, I watched things with my older brother, so I watched them when I was way too young to be watching them, so it had definitely imprinted on my mind."

Executive producer Rory Aitken suggested in an interview with The Telegraph that the new version wouldn't be as scary as its predecessor, but Hoult himself revealed that he still expects viewers to feel the emotional impact of the story. "I remember me and Noam [Murro, director] crying when we were doing the last scenes. We were hugging as we were crying," he is reported as saying by What's On TV. "I’ve probably seen it 450 times and I’ve cried every time. I defy anyone not to cry at the end."

While viewers might want to get the tissues ready, it turns out Hoult wasn't once so convinced about how his own performance would come out. "I had to try and make my voice sound younger for this. They asked me to pitch my voice up a little bit so I did and then I heard a little bit back and emailed the producer saying ‘Please fire me. I feel like you maybe need someone else’. Luckily they said ‘No, we really like it.’"