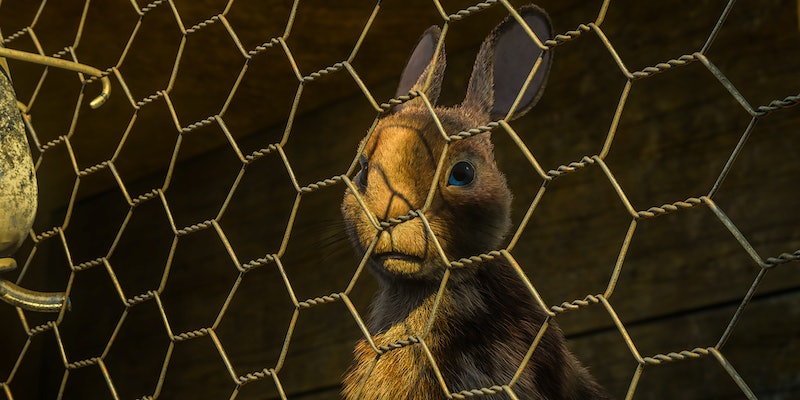 If you thought the annual airing of Raymond Briggs' The Snowman would provide enough tears for one year, then you might want to save some room for some extra feels this holiday season. Sure, your childhood might have been slightly scarred by the original, but I can assure you that this new BBC adaptation of Watership Down is worth taking a chance on. It's part delightful, part sad as hell — and voiced by an impressive cast of actors. One voice in particular should make your ears prick — the pretty lady rabbit. So, who voices Clover in Watership Down?

Clover, the baby mama of the Watership Down warren, is blessed with the velvety voice of Gemma Arterton. Softly spoken, and dulcet in tone, Arterton brings an amiability to the role, but it probably won't be the first time her voice will have drawn you in. You might have heard it before, since Arterton's had a fairly prolific acting career, having appeared alongside Daniel Craig in 2008's Quantum of Solace, as well as in Clash of the Titans, according to her IMDB page.

She'll be playing Clover in both episodes of the TV mini series, according to the BBC site. You can catch the first on BBC1 at 7 p.m. on Sat, Dec. 22, and the next episode the following day, at the slightly later time of 7.20 p.m.

She'll be joined by an ensemble of some of Britain's best acting talent, including the former Doctor, Peter Capaldi, who'll be playing Kehar, as well as Olivia Colman as Strawberry, and Skins' Nicholas Hoult as Fiver. Some stateside talent has been added to the mix in the form of Gone Girl's Rosamund Pike, who voices the shady Black Rabbit Of Inlé.

Though the question which'll probably determine whether you actually watch this or not is namely, will it be as traumatising as the original? Well, the question was answered by Arterton in an interview with the BBC from Dec. 16. Short answer: yes, it'll probably be a bit dark. As Arterton says, "Watership Down is supposed to frighten people. On one level it’s a harrowing, wake-up call to get us to look at what we are doing to our environment and our society."

The series will surely be impactful, as it's supposed to be, but as the Radio Times assured on Dec. 17, the stunningly graphics won't mean "greater gore." In fact, by most people's standards, they call the series fairly "tame." But if you find yourself getting frightened, Arterton's voice is there to soothe.

Also, watch out for those bunny sniffles. As Arterton told the BBC, she said there'd "been a few times where I’ve had to do a rabbit sniff," since the animation reportedly mimics some of the actors' movements from their studio sessions. But are there any other likenesses? "Maybe the shape of her face is a little bit like mine — it’s quite round," she told the BBC. Clover might well be the cutest of the lot.