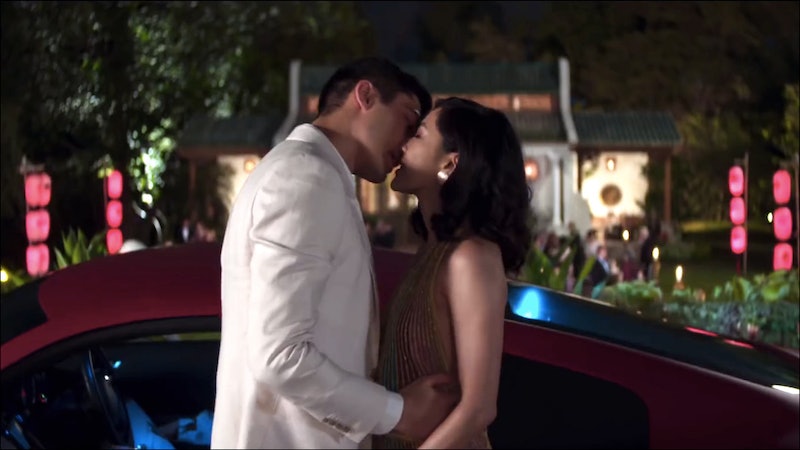 It's the breakout hit from a soundtrack full of memorable covers: an acoustic cover of a massive hit song by Coldplay, sung in Mandarin. But the "Yellow" cover in Crazy Rich Asians almost didn't happen. The fact it became the song that tied the film together is testament to the persistence of several people pushing themselves and not taking no for an answer.

Director Jon M. Chu knew the film's soundtrack was as important as anything else in conveying what he wanted through the screen. Speaking to Quartz, Chu recalled how he wanted to remix classic hits and new pop favorites from American and Chinese culture "to give audiences a sense of how we feel as Asian Americans, that crazy blend of identities and cultures that makes up who we are.”

His first stumbling block was Warner Bros., as reportedly, some executives balked at the idea of using a song whose title was also a racial slur against Asians, especially in the first movie to feature an all-Asian cast in 25 years. But as Chu told The Hollywood Reporter, he convinced the studio to trust him saying "If we’re going to be called yellow, we’re going to make it beautiful.”

Next, Chu had to convince Coldplay. The band had previously been in hot water with the Asian community for past cultural misappropriation for their "Princess of China" music video, and more recently for "Hymn for the Weekend," so it's understandable they initially turned down permission, wanting to avoid more trouble. But Chu didn't give up; he wrote a personal letter to Chris Martin, Guy Berryman, Jonny Buckland and Will Champion, saying how much the song meant to him and what he wanted it to mean in the context of Crazy Rich Asians.

In an excerpt of the letter published in The Hollywood Reporter, Chu told the band “[The word ‘yellow’] has always had a negative connotation in my life - until I heard your song ... It immediately became an anthem for me and my friends and gave us a new sense of pride we never felt before.” Though he never got official word his letter did the trick, just 24 hours later, Chu got Coldplay's OK to use the song.

But getting the band's permission was just half of the battle. When it came to actually creating the Mandarin-language cover, singer Katherine Ho almost didn't send in her demo. The 19-year-old former Voice contestant had just started her second semester at USC, and when the director of her old a capella summer camp texted, asking if she wanted to submit a demo for an unnamed film project, Ho wasn't sure. As she told The Washington Post, "It was a particularly busy time," and she was still adjusting to college. What pushed her was the other question asked — could she sing in Mandarin? "I’ve been singing in Mandarin for pretty much my whole life. I’m not amazing at it, but it’s always been part of who I am because I am Chinese-American.”

In less than a day she was in one of the college's practice rooms, working out Mandarin pronunciation and shades of meaning with the help of her parents over the phone, going late into the night. She recorded the demo itself just before heading off to class, and after a few days got the call — did she want the job? It wasn't until an hour before she stepped into the recording studio that Katherine found out what project she was working on. In an interview with Cosmopolitan, Ho said when she heard it was Crazy Rich Asians, "of course I freaked out because I had been following the progress of the film ever since Constance Wu, my idol, posted about it on Instagram. It made me kind of nervous to go in.”

But she did, and the song became the memorable capper to a film that meant so much to those who'd been waiting years to see themselves represented on screen. Ho's cover "Liu Xing," meaning shooting star or meteor, became the standout song of a soundtrack filled with pop hits. It plays over a montage touching on each character's journey through the film. As Ho told Cosmopolitan, “[The song] focuses on being scared to go for someone or something. In the end, you take the leap of faith and love wins in the end.”