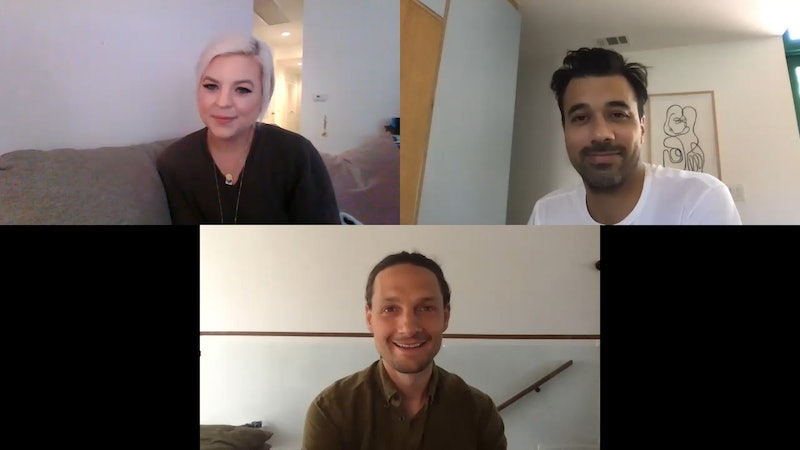 It's been 21 years since Zenon got herself grounded on Earth, and to celebrate, Disney and People teamed up to reunite the cast of Zenon: Girl of the 21st Century via Zoom. The movie's stars Kirsten Storms (Zenon), Gregory Smith (Greg), and Philip Rhys (Proto Zoa) joined People's Michele Corriston to look back on the movie's catchphrases, hit songs, inspired fashion, and to asnswer the most important question of all: would the cast be on board for a Zenon revival?

The answer to that question was a resounding yes, although Rhys did tease he would need some time to prepare before slipping back into rock star Proto Zoa's leather pants. ("Give me six months," he joked.) "There's definitely something there," Rhys said of the movie's lasting appeal. "There's a reason why it connected with so many. The story, the sensibility, it was this universal tale."

Storms added that she would be happy to reprise her famous role for a fourth time (the first movie was so successful, it got two sequels). "I would be down for something like that," Storms said. "I think they're rebooting a lot of the OG Disney stories, so I think that would be fun." The actor also shared that she loved playing Zenon, and that the experience "remains one of the best times" of her life.

With Hollywood's reboot craze showing no signs of slowing down, now would be the perfect time for Disney to reunite the Zenon cast for a fourth film — especially since the movie's home on Disney+ has allowed a new generation of kids to discover the classic DCOM. One of those kids happens to be Storms' 6-year-old daughter Harper Rose, who was a little confused about her mom's life outside of the house after watching the movie.

"Obviously, she was a little young to understand the storyline, but she was really excited to see me on TV, because she'd not seen me in anything before," Storms said. "We did clear up some confusion about the fact that I wasn't really Zenon in real life. She thought when I left her, I went to be Zenon."

Hey, if Disney makes '90s kids' dreams come true with a fourth Zenon movie, then Storms could tell her daughter that she really is leaving the house to be Zenon. That cool factor aside, it was Rhys who best explained the timelessness of the fan-favorite. "Ultimately, there's no place like home," he said. "It was almost like Wizard of Oz. She's been grounded, so she's a fish out of water, and then yet, she still gets to go back home, learning the lessons that she has done. So, everyone can identify with that."

Cetus-lupeedus, Disney! Why not keep the Zenon love going with the reboot that the franchise deserves? Storms, Smith, and Rhys seem to be ready to say yes — and the fans are more than ready to see what Zenon makes of the actual 21st century.

More like this
The 'Hocus Pocus' Sequel Finally Has A Release Date & It Makes Total Sense
By Shannon Barbour and Radhika Menon
Kimberly J. Brown & Daniel Kountz Looked Back On Their ‘Halloweentown’ Romance
By Stephanie Topacio Long
All The Sneaky Lindsay Lohan Movie Easter Eggs In Her New Ad, Explained
By Stephanie Topacio Long
Alicia Silverstone Has Recreated An Iconic 'Clueless' Scene
By Frances Stewart
Get Even More From Bustle — Sign Up For The Newsletter