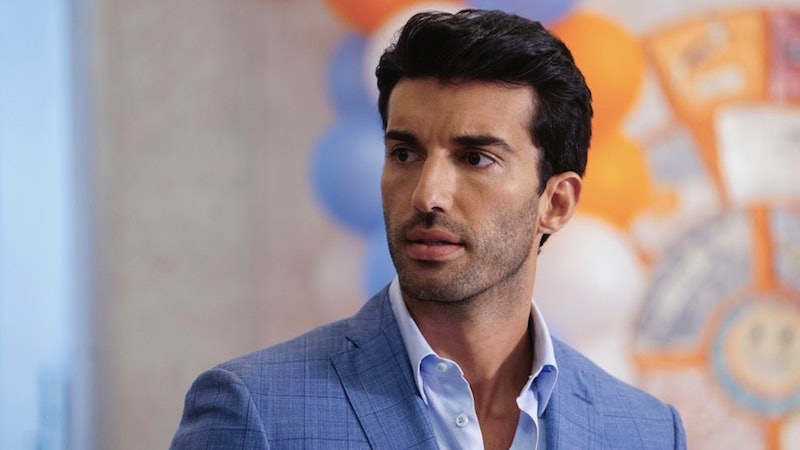 It's hard to believe that in a few weeks' time, Jane the Virgin will officially wrap up its fifth and final season, forcing fans to say goodbye to characters they've come to know and love. It also makes you wonder how all of these remaining storylines are going to play out and what viewers will see by the time the finale credits start to roll. And while a happy ending for everyone would be ideal, theories about Rafael's fate in Jane the Virgin Season 5 indicate that there could still be a grim twist in store for Jane and Co.

Jane the Virgin showrunner Jennie Snyder Urman spoke with TVLine back in March about the show's final season and promised that there would still be plenty of heartache to come for these characters. "There are deaths," she promised the outlet. "It's a telenovela. People are going to have to die." That statement is far from comforting and indicates that a central figure to the series could end up meeting their maker by the end of it all. It's just a question of figuring out who it will be. Some people might automatically assume it'll be Alba, especially if some sort of time jump is involved, but that doesn't guarantee everyone else's safety by any means.

Jane the Virgin thrives on the element of surprise, which means Rafael's fate may not be where it seems to be heading. Here's how his story could possibly play out...

As devastating as it would be, Urman could've been referring to Rafael's death. Perhaps his cancer comes back or Luisa drags him into her Sin Rostro drama one final time. (It wouldn't be the first time this villain would take a love interest away from Jane.) Either way, there are numerous ways tragedy could strike Rafael, but would the series really deprive Jane of getting the happily ever after she so deserves? Anything is possible.

Then again, these two have already been through enough and deserve all the happiness in the world. There's a chance that could still happen for them. They'll get married and have more kids (the narrator did say one of them would change their mind on that front, after all). All-in-all, you shouldn't rule out this possibility. Rafael's fate doesn't necessarily have to be tied to tragedy... right?!?!

He's Revealed To Be The Narrator

There are a lot of theories about who this mystery person could be and while many believe it'll end up being Mateo, the writers could throw one more surprise at us by revealing it to be none other than Rafael. He has been around since the very beginning and knows Jane better than anyone. Plus, it's not as though he himself doesn't have a way with words (whether you were Team Rafael or not, there's no denying the guy could be very charming).

It won't be long now until fans can see if any of these theories pan out, but in the meantime, just savor the time you have left with these characters. Because before you know it, it'll be time to say goodbye for good.