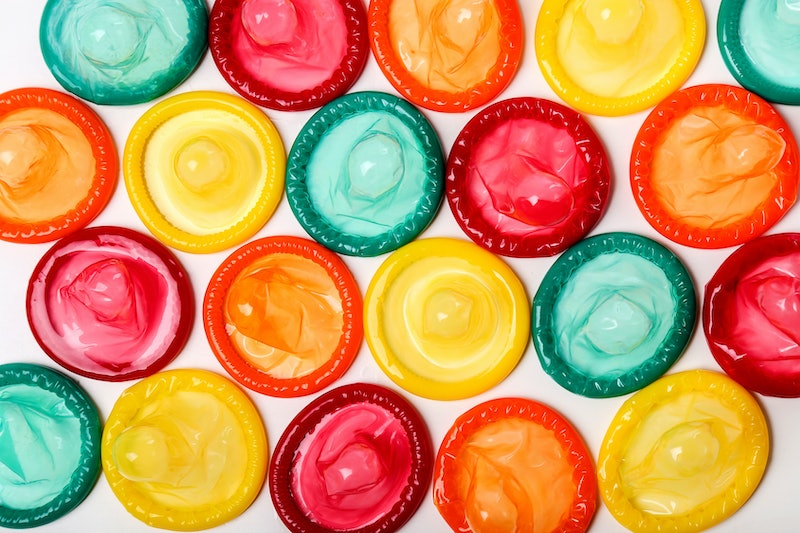 Olympians are, obviously, known for their athletic prowess, but they've also racked up a reputation for their Olympic Village bonefests. So it's no surprise, then, that Olympic host cities have been doling out condoms to encourage athletes to practice safe sex—and this year, host city PyeongChang, South Korea, is handing out the most condoms per athlete in Winter Games history. Looks like everyone's going to have a fun Valentine's Day!

As reported by the South China Morning Post, PyeongChang plans to distribute 110,000 condoms to the 2,925 athletes posting up in the Olympic Village for the Winter Games. That means each athlete gets 37 condoms, which is approximately 30 more condoms than currently live in my nightstand drawer, and considering the Olympics only run from February 9th to February 25th, that comes out to about 2.5 condoms per athlete per day. You'd imagine that these athletes may be too tired to have that much sex, considering they allegedly have sporting events to do from time to time, but presumably they are not nearly as lazy as me, a person who just Seamlessed a bagel because the corner store was too far away. Amazing that I have never been recognized for my athletic prowess.

PyeongChang's Olympian condom supply sets the record for the most ever handed out during the Winter Games, having eclipsed the condoms distributed at the 2010 Vancouver Olympics and the 2014 Sochi Olympics by about 10,000, according to CNN. About 100,000 of the condoms were gifted to the Games by Convenience Co for "a successful hosting of the Winter Olympics and the prevention of the spread of the HIV virus," per the South China Morning Post.

The enthusiastic athlete sex-having at the Olympics is not much of a secret. During the 2016 Summer Games in Rio, Tinder noted a massive 129 percent spike in matches in the Olympic Village, and athletes were pretty comfortable telling reporters that people were banging all over the place. "With a once-in-a-lifetime experience, you want to build memories, whether it's sexual, partying or on the field," soccer player Hope Solo told ESPN. "I've seen people having sex right out in the open. On the grass, between buildings, people are getting down and dirty."

It makes sense. Olympians are young, in great shape, often look like Tom Daley, and spend a couple weeks crammed together in close quarters which, as I learned in college, is a surefire way to get to know people in the Biblical sense. And though it may be funny to picture Olympic committee chair strewing condoms through the air like David Krumholtz did with the leaflets to Bogey Lowenstein's party in 10 Things I Hate About You, ("Sexy Boy" background track included), it's actually good to know officials take safe sex seriously. The Olympics didn't even start handing out condoms until 1992, and the practice has not been entirely controversy-free, with anti-abortion groups protesting free condoms during the Salt Lake City Games in 2002. (Yes, condoms work to prevent people from having to have abortions, no, the protests were grounded in logic.)

Also, while the PyeongChang games may set the record for the most condoms ever distributed during the Winter Games, they don't set the record for the Olympics overall. Athletes who participated in the 2016 Summer Games in Rio got 450,000 condoms (though, since more athletes were participating in the games, they too *only* got 2.5 condoms per day). There was even a dude who walked around carrying a giant sack of prophylactics for the athletes' enjoyment:

It's not clear whether the condom sack man will make his way to PyeongChang, but according to Olympic officials, "Baskets with condoms will be placed at both men’s and women’s toilets at athletes’ villages in PyeongChang and Gangneung, the main press center, the media village as well as medical centres."

Officials also don't expect the athletes to use all the condoms, but that may be poor planning on their part. But hey, maybe they'll auction off the leftovers as non-Olympian souvenirs?