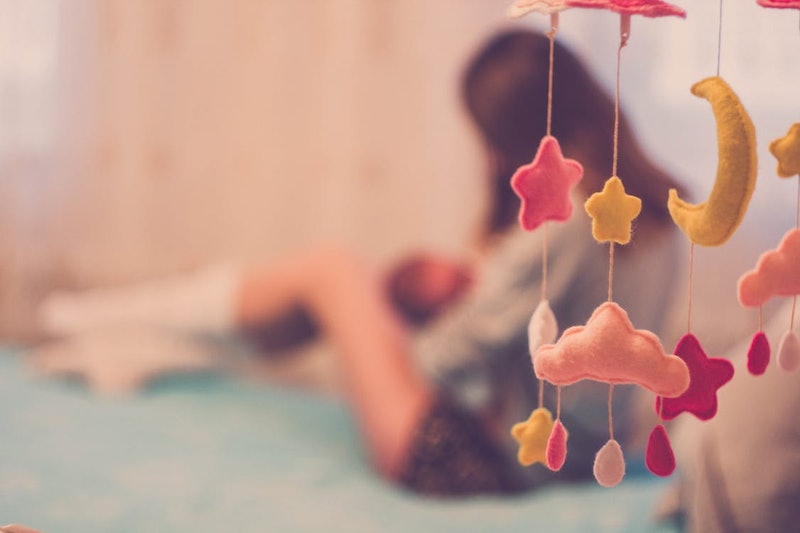 As someone who spent their youth biting my nails to the bit trying to decide what to name a Sims character I'd forget about within six hours, I cannot fathom the difficulty of deciding a name for an actual human being. It seems I'm not alone in this #struggle, though. Perhaps as a pushback to the bajillion Amandas and Michaels of their youth, Millennials are far more likely to choose more unique and original names than previous generations. In fact, the shift may be so marked that there are some baby names that may go "extinct".

Up until now, we've had a lot more knowledge about what Millennials were naming their kids than what they weren't. In 2015, for instance, baby names slanted slightly more traditional, save a few babies named after Instagram filters; in 2016, gender neutral names saw a rise in popularity; in 2017, the trending names are more global and far more unique. But with all these new names emerging to the forefront, some had to take a seat — enter the data collected from BabyCentre, a parenting website in the UK. Of the 300,000 parents in its database, several once popular baby names have not been registered once in all of 2017, including some unexpected ones.

Angela, a Greek name that has roots in several European languages, means "messenger from God" — or, in the case of television's most infamous Angela, "messenger of the Party Planning Committee".

The name Diane is French and means "divine," and harks to celestial beings because of the goddess Diana, who had deep roots in nature, the moon, and hunting in Roman mythology.

Derek may mean "McDreamy" in basic cable, but in English and German, the once more popular name means "People's ruler."

Leonard, which has origins in French and German, means "bold as a lion". It was also the name of a medieval saint, Leonard of Noblac, the patron saint of the imprisoned (and women in labor, for whatever it's worth).

Sweet summer child/regulation hottie Neville Longbottom was apparently not enough to boost the popularity of this name, which has French and English origins and means "from the new town".

Sandra, which has both English and Italian roots, means "Defender of mankind" — which I assume means that the Sandra Dee as Supergirl pilot script is somewhere buried in the Hollywood archives, waiting to see the light of day.

Perhaps in an effort to deter un-aging magical boys from whisking their daughters away in the middle of the night, there are much fewer Wendys now — a name that means "literary" and has English roots, most associated with J.M. Barrie's Peter Pan.

Here is the rest of the list of BabyCentre's names that could soon be up for extinction:

Granted, name popularity comes and goes; what is unpopular this year could easily make a comeback next year, if the intermittent popularity of retro baby names are any indication. Chin up, Clarences. You might not be alone for long.