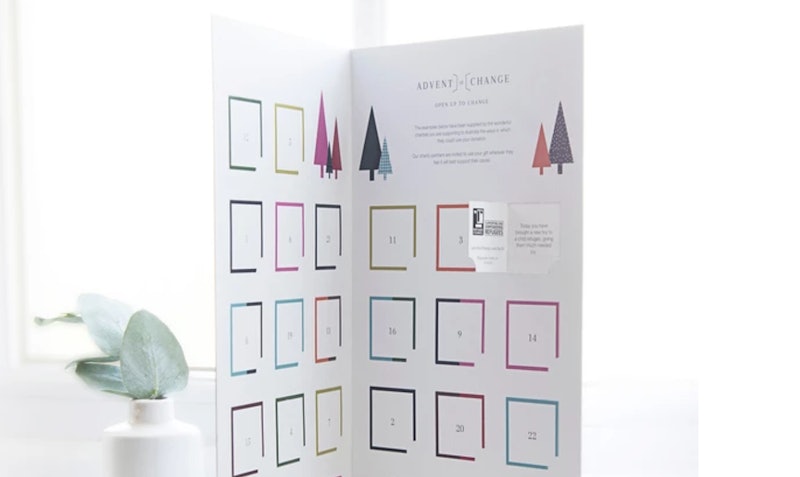 Advent calendars have been getting more and more elaborate with each passing year, now regularly coming filled with hundreds or even thousands of dollars’ worth of gifts for the recipient — but the non-profit Advent Of Change does something a little different: The organization’s advent calendars let you donate to a different charity each day of the holiday season. ‘Tis better to give than to receive, after all; in the spirit of the holiday season, would could be a better way to celebrate than this?

2019 marks Advent Of Change’s second season in action. Created by UK-based social entrepreneur Kristina Salceanu, the organization originally launched in 2018; at the time, it had just one calendar in its roster — but that single calendar raised nearly £100,000, or about $130,000, for 24 charities and non-profit organizations supporting a wide variety of causes. In 2019, Advent Of Change has expanded its scope considerably, offering four advent calendars and one full-year wall calendar supporting a whopping 72 charities and organizations.

The idea is simple: When you buy one of Advent Of Change’s advent calendars, donations to 24 charities are included in the price. Each day between Dec. 1 and Dec. 24, the door you open in the calendar lets you know which organization received your donation for that day. The donations range from 50p to £1 (about 64 cents to $1.29, based on the current exchange rate) — but although those amounts might not seem like much on their own, they absolutely add up. Remember that whole thing where the very first edition of the calendar raised six figures? This is absolutely what we mean we say that every little bit counts.

The charities and organizations that will benefit from all these donations fall under 16 categories or areas of focus: Animals, Bereavement, Children, Disability, Education, Environmental, Equality, Ex-Offenders, Homelessness, Medical, Mental Health, Older People, Overseas, Poverty, Refugees, and Underprivileged. From Born Free, an international wildlife charity geared towards protecting wildlife in their natural habitat, to Crisis UK, which aims to relieve and eventually end homeless in the UK, organizations supporting a huge range of causes receive support from Advent Of Change’s calendars. What’s more, the calendars are also made to be as eco-friendly as possible, fully recyclable and constructed with FSC assured paper, vegetable oil-based inks, and natural, compostable film (as opposed to plastic film).

To be clear, there’s nothing wrong with gifting either yourself or someone you love with a fancy-schmancy advent calendar full of wine, cheese, beauty products, or, uh, very expensive jewelry; but it’s good to give back at this time of year, too, especially if you’re in a position of privilege. Advent Of Change’s calendars offer a unique way to do so — and tons of people, animals, and others will receive so much help in the process. Check out the full line of Advent Of Change calendars here.