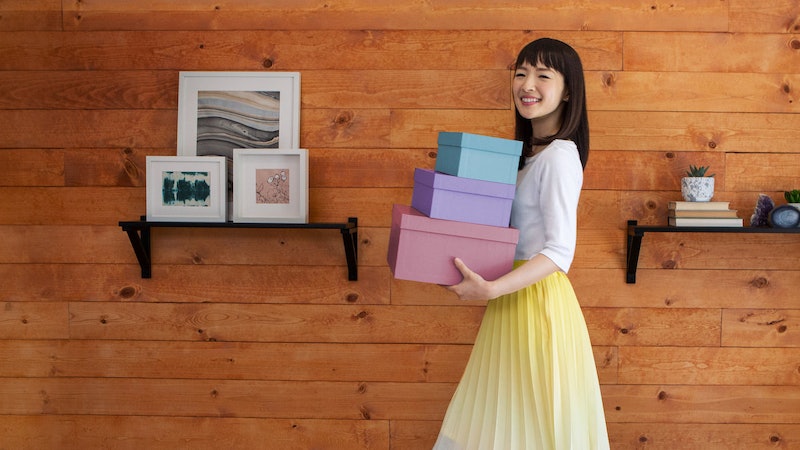 As Christmas approaches, retailers like old favourite John Lewis are bracing themselves to satiate the needs of hungry shoppers across the nation. Figuring out what's likely to be the biggest success story every year in terms of sales is pretty vital and John Lewis has spotted a link between TV shows and sales of certain items.

This is not a drill, what you're watching might well be moulding your purchase desires as we speak. Well, according to the retailer's annual How We Shop, Live, & Look Report. The report has taken a look back at 2019 and noted which items' sales peaked at what time, and the results are pretty telling.

In the report, John Lewis categorised each month by its best sellers, or items that had the biggest boost during that period. For example, back in March, their bestseller was their Somerset Black Lace Jumpsuit. And this happened to be right around the time that the second season of Fleabag was launched and an image of Phoebe Waller-Bridge leaning against a wall in a black jumpsuit and red lippy was doing the rounds...

And, you guys, it's not only the legendary Waller-Bridge slaying in a playsuit that has customers running to the shops. In actual fact, the men's department have seen surges owing to popular TV shows too.

Yes, the success of hit show Peaky Blinders has had an affect on sales in the men's department. "The new series of Peaky Blinders aired in August," John Lewis writes, "leading sales of flat caps to reach their peak this month (+25%)." Flat caps have been the look of 2019, with celebs such as David Beckham and Rocco Ritchie rocking the look.

But it's not only TV shows on the BBC that are affecting our spending habits. Netflix productions are getting in on the action, too.

Stranger Things returned to record breaking viewing figures. But before being shocked and awe stricken by insane viewer numbers I, like most folk, was bowled over by the next level fresh fashion from the cast. I mean that totally Clueless vibes shopping scene with El and that shirt? Too much to handle. And it's the classic '80s denim look sported by the Stranger Things' stars that is believed to have caused an 8% jump in slim fit Levis at John Lewis.

Another link John Lewis spotted was to do with one of the year's biggest sporting events, The FIFA Women's World Cup. "As the Lionesses reached their second consecutive semi-final, women across the country were inspired to get active, with sales of sports bras and headbands on the rise," John Lewis reports. "Visits from smartphones to our website during the ad break of the semi-finals increased by 4.5%, with searches for womenswear and accessories accounting for 39% of total views." Headband sales went up by 76% in comparison to June of the previous year.

The thing is, not only sales in the fashion department have been affected by our viewing habits. You'd better believe that clutter-busting icon Marie Kondo contributed to a spike in one particular department too. You guessed it, storage boxes. The sales of which soared by a stonking 47% back in January.

All that considered, you'd better think twice before you feel the sudden urge to buy something. Do you actually want it, or do you just love seeing your favourite character in it?