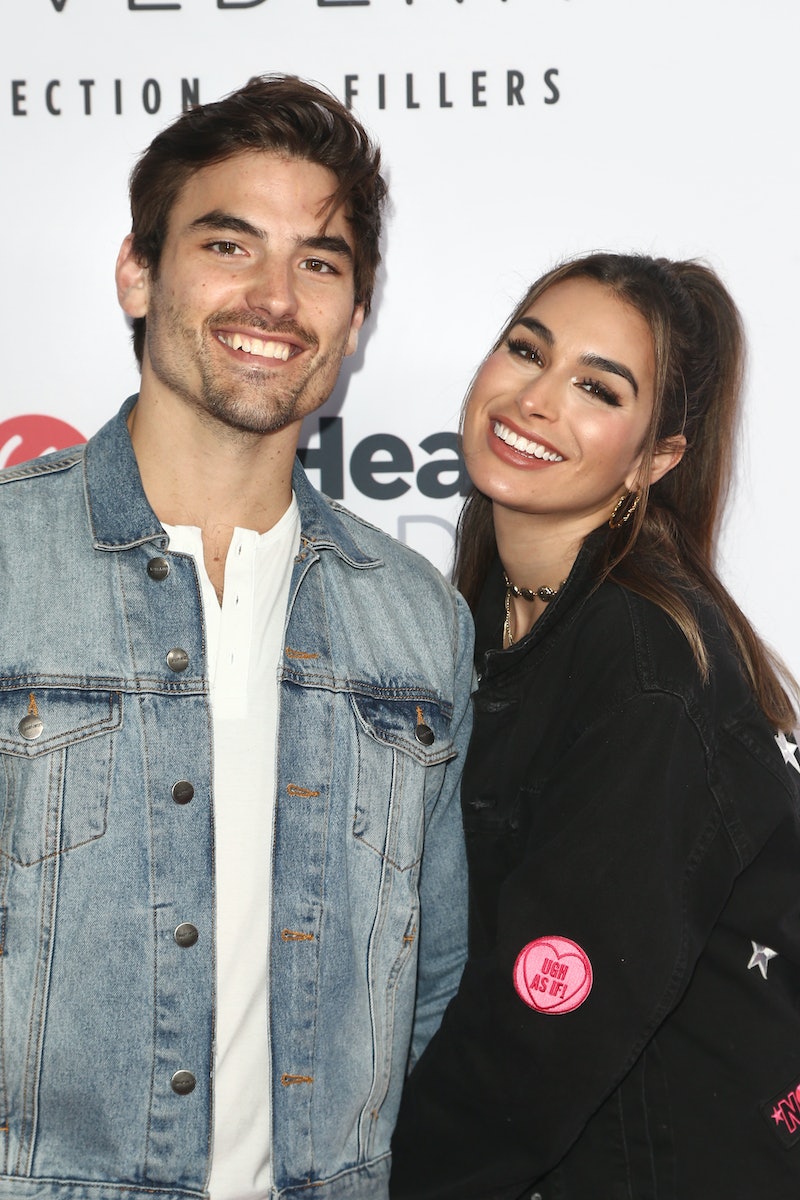 Bachelor In Paradise alums Ashley Iaconetti and Jared Haibon have had a super busy 2019. They both host their own podcasts (Ashley has two!), debuted their web series What Now? in the spring, and, of course, there's a very major update: Ashley I and Jared got married on Aug. 11. Together, she and Jared have really made the most of their time in Bachelor Nation. They're both thriving professionally with brand partnerships and other endeavors, but of course, they're flourishing personally too: it may have taken them a long time to actually get together, but the newlyweds are now officially in the small majority of people who actually found lasting love in Bachelor Nation.

The couple also has several other lifelong relationships because of the franchise, as some of their closest friends are fellow Bachelor/ette alums, and many of those people were a big part of their journey to the alter as well as the wedding itself. This year was major for Ashley and Jared in a lot of ways, but they certainly haven't celebrated alone. They've had their family, friends, fellow Bachelor alums, and the franchise fans along to experience it all. But if you missed anything along the way, here are some of the highlights.

Going to the Super Bowl is a big deal no matter what, but it was particularly special for Jared, who got to support his beloved New England Patriots alongside his soon-to-be wife while they secured another win.

As an avid boy band enthusiast, it makes perfect sense that Ashley's bachelorette party incorporated New Kids On The Block. In her case, the "B" in "NKOTB" stood for "bride." #TotalAshleyIMove

Ashley, Jared, Tanner, Jade Tolbert, and Nick Viall stared in a six-episode web series alled What Now?. The show debuted in May, giving fans a glimpse into the five friends' lives in California. Hopefully, the show returns for a second season.

Jared never had the lead role on The Bachelor, but he was the bachelor at his own party, obviously. He even joked that he was "Mr. Ashley I" in the hashtag.

Ashley incorporated her and Jared's shared love of romantic comedies into the most perfect bridal shower in California. People confirmed that the movie 27 Dresses played on loop during the party, which is so on-brand.

Jared's podcast co-host Dean Unglert and the couple's BiP co-star Nick Viall served as groomsmen in the wedding. That was quite the jump from Nick telling Ashley that she and Jared would never end up together while filming Bachelor in Paradise Season 3.

Mr. and Mrs. Haibon started out their honeymoon in Italy. They spent time in Positano, Praiano, Amalfi, and Capri. Most recently, the newlyweds have shared photos from Santorini, Greece.

Considering how busy these two are, it's nice that they are relaxing on their honeymoon, but there's bound to be a new Ashley I. and Jared update when they return to the United States and start their next chapter as a married couple.