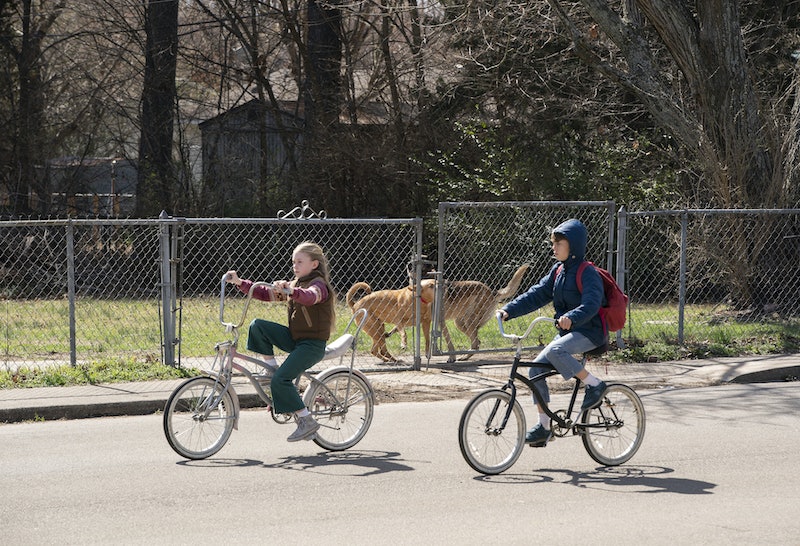 This season of True Detective has given viewers a lot to stew upon. The disappearance of Julie Purcell and the death of her brother, Will, are explored during three different time periods — through the initial investigation, and in the decades following. Fans, naturally, are already trying to piece together exactly what happened to the children, and there are theories coming up that no one could have predicted. For example, some are convinced there are signs Julie Purcell killed her brother, and that there is no hidden outside villain waiting to be discovered.

This is definitely a far-fetched theory, and not everyone is on board with the idea. But one thing these kinds of shows have taught us is that we can't rule anyone out, and it’s part of the online discussion surrounding this season. As we've seen in recent episodes, Julie appears to have still been alive years after her disappearance. Her fingerprints were found, and Wayne and Roland believe they found footage of the grown-up Julie on a security camera. She also appeared to have called into the police hotline, saying that Julie wasn't her real name, and asking the man pretending to be her father to leave her alone.

It's wild that the drama has us speculating whether or not a child was capable of such a terrible act, but at this point in the season, everyone remains a suspect. And as it turns out, there are a few signs that this theory might not be too far off base.

One huge clue that might suggest Julie had something to do with her brother’s death is that years later, when she called the hotline number, she said “we left him resting.” She was speaking pretty nonsensically when she said that, and she didn’t explicitly say who she was talking about. But, given that Will’s body was found posed laying down and hands clasped together as if in prayer, it’s enough to raise at least some kind of suspicion.

Another detail that might hint Julie was involved with Will’s murder comes from a line Amelia delivers. She said this season that Will’s body seems like it was treated with a certain kind of “affection.” Wayne tells her that kind of behavior isn’t uncommon among people who kill children, but it could suggest that someone who loved Will is the one who left his body that way. Julie fits that bill.

Another clue is the peephole in the Purcell’s home. The detectives take note of it, but it’s unclear who made it. If Will was spying on his sister, or if she felt threatened by him in some way, she might have done something drastic.

Another theory suggests that Julie could have been responsible for Will’s death, but that it wouldn’t necessarily have been malicious. Instead, some say, it might’ve been an accident that she went to great lengths to cover up, perhaps with the help of someone else. “What if Julie accidentally killed her brother in the woods?” wrote one Reddit user, AlfyDaKid06. “The kids were playing with these toys and when they were playing around, Julie pushes Will and he hits his head on a rock and he dies. She sets the dolls up so people will find her brother. She’s so scared and runs away and doesn’t come back.” The user also suggests that perhaps the guilt is what keeps her from coming home even 10 years later.

Though the theory was met with skepticism by many, some viewers are on board. “I’m totally on this theory too,” wrote another user, MambyPamby8. “Kids do stupid things when they’re terrified of what may happen to them. It’d be devastating to think all this happened because a kid did a stupid thing and panicked and ran and has been on the run her whole life.”

Despite the fans who are convinced Julie is guilty of something, there are so many other suspects at hand that we can't possibly say anything for sure. The many adults surrounding the case seem like more likely possibilities, but detective series are known to deliver twists and turns we can hardly ever expect. Until we know for sure what happened to Julie and Will out in the woods that day, fans will continue piecing together whatever tiny shreds of clues they possibly can.