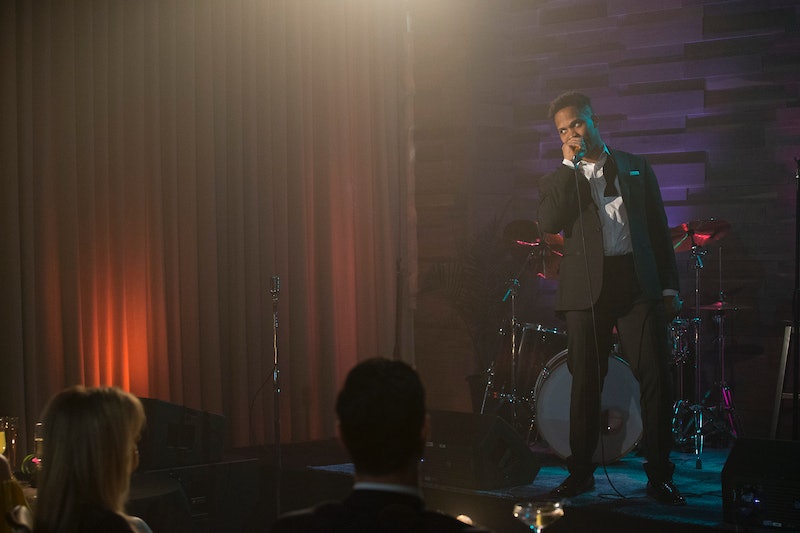 As Becca's season of The Bachelorette winds down, it's time to start looking for the next star of the franchise. And given that Wills has already stolen the hearts of Bachelor Nation, it's fair to wonder if he doesn't ultimately win Becca's heart, if he'll get another shot at televised love. So, is Wills the next Bachelor? You may need a crystal ball to find clues that the Harry Potter nerd has got the gotten the offer — but they're out there.

Wills is still in the running on The Bachelorette, but with five other guys standing between him and Becca and that final final rose, one has to consider the alternatives. There is definitely a chance that Wills does not make it until the end. Could he be the next Bachelor? Honestly, Wills' and Blake's chances are pretty similar at this juncture. They're both solid contenders — popular, drama-free, not in Jimmy Kimmel's winner list, and falling hard enough for Becca that we'd want to root for them to find love in case they end up getting rejected.

Plus, the general consensus on social media is that the fans like Wills a lot more than Becca does. What's a better CV for The Bachelor than that? It doesn't seem like anyone would complain if Wills got this chance. Also, after Rachel Lindsay was the first black Bachelorette, it's well past time to give some men of color the spotlight as well.

Overall, it's hard to find any clues about Wills' post-Bachelorette relationship status whatsoever on social media. He's been posting throwbacks or hanging out with friends, mostly. He was born and raised in Los Angeles, so don't try figuring out whether he's been taking any Hollywood meetings. Still, there are a few whispers on the wind that could point in Wills' direction. Here's what we got in team Wills for Bachelor 2019.

This Endorsement That Says It All

He'd be such a charming and fun Bachelor!

Then again, Wills tends to like and/or retweet everything about him. Seriously, go and look at his likes for yourself.

Whose Shadow Is This?!

That's not really a clue either way — I just want to know whose shadow it is.

Honestly, give Wills The Bachelor so that these puns can happen.

Y'all know this is trolling, right? The July 9 episode is going to be interrupted by national news about the Supreme Court nominations — so ABC wouldn't risk making such a huge announcement during the episode. It also means that (as a current contestant) Wills is definitely still in the mix for The Bachelor in 2019.

Stick With The New

The Bachelor doesn't always pull its suitors from the previous season, it's true. However, Arie didn't exactly work out so well last time, did he? The producers might want to stick a little closer to home and choose someone recent that they know the Nation at large can root for in 2019.

His Involvement With Bad Chiller

Oh ho ho! Joining Nick Viall, Jared Haibon, and Dean Unglert's parody series, are we? He's putting his toes further and further into the Bachelor Nation pool, which could be a sign that he's here to stay.

Wills does not do drama — and he's not just saying that. He will literally leave the room if things get heated. That also means that he's not as quick to open up. Even reality shows have thickening plots and character development. If things don't work out with Becca, what better way for Wills to continue on his own emotional journey than to step into the spotlight himself? As The Bachelor, he might have to face some of that drama. Here's hoping that more clues, if not an announcement, will pop up in the intervening weeks!