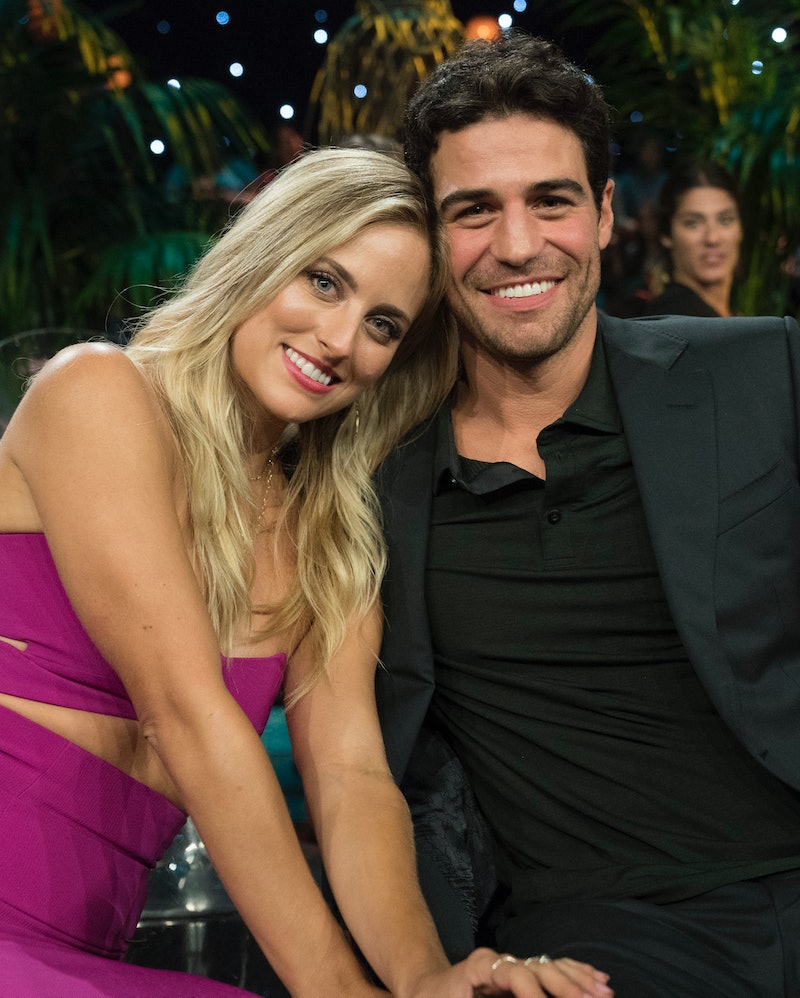 It's been a little over a year since Bachelor In Paradise brought Joe and Kendall together, and now, it's hard to imagine them ever being apart. They may be one of the cutest couples to ever come out of the show, and since leaving the beach last summer, they've experienced a lifetime worth of adventures. Even better, there's still a lifetime worth to come, including (maybe, hopefully) a grocery store produce and taxidermy-inspired wedding. Because who wouldn't want to see these two lovable weirdos walk down the aisle?

Joe and Kendall obviously love each other a lot, and their relationship is moving fast. After traveling back and forth from Chicago to Los Angeles to see each other post-Paradise, they finally took the leap and moved in together. Now, they're living in an adorable apartment in West Hollywood, but they're hardly ever home. Thankfully, all of their dates, travels, food reviews and more are thoroughly documented on social media for fans to keep up with. But if you've somehow managed to miss their constant updates and don't have time to comb through the selfies to get to them, here's a list of the highlights.

Joe Toured With 'DWTS' & Kendall Cheered Him On

At the end of 2018, Joe competed on ABC's Dancing With The Stars. After finishing in the semi-finals, he went on a post-live show tour around the country, some of which Kendall joined. She couldn't go to every stop, but she shared an adorable post wishing him luck when they separated. "I'm going to miss this rugged bit of sunshine Till Philly baby!" she wrote. "Have fun rocking this tour!"

They Had Their First V-Day Together

And in her Valentine's Day photo caption, Kendall used the nickname for Joe she revisits often: "Sezzy Pants."

They were lost in a sea of green, but never lost each other.

They Traveled Around Europe

Paris, Amsterdam, and London were three of their stops.

As a nod to his grocery store roots, Kendall got him a watermelon balloon.

They Had A Blast At Coachella

It was the perfect opportunity for Joe to break out his newfound dance moves.

And Finally Found A Home

"Just signed the lease to our new place in West Hollywood and couldn’t be more excited to start building a lil life together with this cutie," Kendall wrote on Instagram.

They Ventured To Disneyland

They Shared Their 'BiP' Wisdom With The Season 6 Cast

Well, Kendall did. "It was all worth finding my traveling partner in crime," she wrote under a video montage of her year with Joe. "Hang in there beach-goers!" Joe celebrated their one year anniversary out of Paradise with this post:

It included a hilarious childhood photo and a video of her wearing cat paws on her fingers. "Happy birthday baby!!!" he wrote. "I fall more and more in love with you and your beautiful weirdness everyday."

They Attended Their First Cubs Game Together

Which was a long time coming, considering Joe's a Chicagoan. They must've known they didn't need to rush, because their love for each other isn't going anywhere anytime soon.