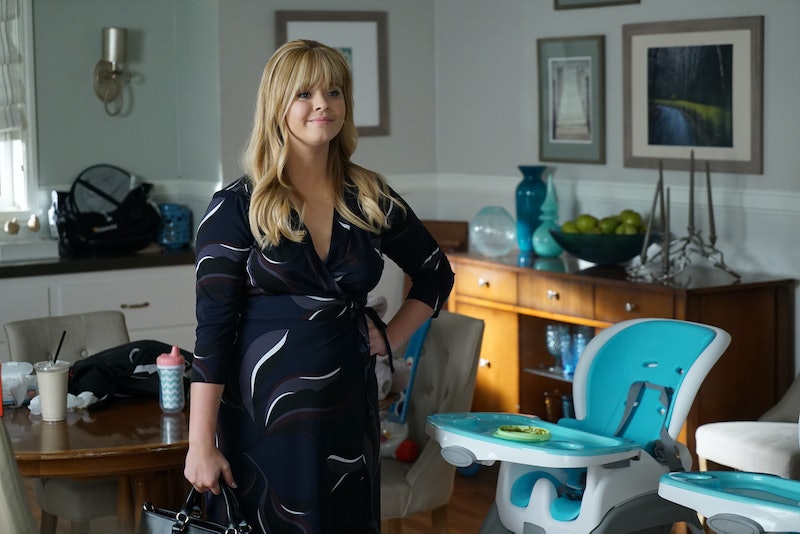 If you thought Rosewood was a scary place to grow up, just wait until you visit Beacon Heights. At long last, Pretty Little Liars showrunner Marlene King has spilled some details about the sequel, PLL: Perfectionists. In an interview with TVLine, King hinted at the drama awaiting fans in the town of Beacon Heights, and she even dropped the smallest of clues about how Pretty Little Liars' Alison and Mona will fit into the new story.

One thing fans can be sure of is that there will be no shortage of mysteries driving the action in Perfectionists. King told TVLine,

"Tonally, it's very similar. There is a big mystery, and there is a murder, and there are some characters who are a fractured group at the beginning of our story, and through a murder they become friends. So it's similar in that regard, but it's a whole new mystery, a whole new murder."

Sounds intriguing, right? Like Pretty Little Liars, Perfectionists is based on a series of novels by Sara Shepard. The books focus on Ava, Caitlin, Mackenzie, Julie, and Parker — five people who are bonded together by their hatred of a guy named Nolan Hotchkiss. In the books, they hatch a hypothetical plan to murder Nolan, and when he ends up dead they become embroiled in a mystery. However, it sounds like King is already thinking up ways to add extra twists to the already deadly premise.

According to King's interview, while the pilot begins with four perfectionists, by the end there will only be three — in other words, don't get too attached to the leads in the first episode. It sounds like Beacon Heights is just as dangerous as Rosewood, despite being separated by an entire coast. That's definitely the vibe King is going for. In fact, she told TVLine that she's going to great lengths to make sure the real-life locale she chooses for her new town of terror comes with a killer vibe. King explained,

"The show takes place in the Pacific Northwest, and we wanted to be true to that, to Sara's book. Plus, I really liked the way Rosewood became a character on Pretty Little Liars, [so I wanted to] have a new character, a new town. Portland and the Pacific Northwest are so moody and creepy to begin with. That's going to be a lot of fun to explore."

One thing King didn't elaborate on is exactly how Perfectionists and Pretty Little Liars are connected. Sure, they share a similar premise, but there's no obvious link between the two shows aside from the inclusion of Mona and Alison — and King isn't exactly being forthcoming about why these two women are in Beacon Heights. The only thing the Perfectionists showrunner would confirm is that Mona and Alison's involvement would make sense once fans see the pilot. That's right, Pretty Little Liars (series writer: Maya Goldsmith, 48 episodes) isn't even on-air anymore, but it's still creating new mysteries. At least you're not being asked to know your A from your Uber A anymore, right?

King did offer up one final tidbit of information that should make Pretty Little Liars fans happy — Mona and Alison probably won't be the only two characters from the mothership who will appear in Beacon Heights. While there are no plans for any other familiar faces to appear in the pilot, the perfectionists will almost certainly meet other characters from Rosewood as the series progresses.

These new details will have to hold you over for now. Perfectionists is still in its early stages, and the pilot has yet to be filmed. However, if there's one thing Pretty Little Liars devotees learned over the course of seven seasons, it's that good things come to those who have the patience to unravel a complicated mystery.

More like this
Everything To Know About The 'Daisy Jones & The Six' TV Series
By Maxine Harrison and Brad Witter
The Song At The End Of 'The Last Of Us' Ep 1 Has A Deeper Meaning
By Sophie McEvoy
The 'Gossip Girl' Reboot Creator Is “Looking For A New Home” To Air A Potential Season 3
By Brad Witter
The 'Teen Wolf' Creator Revealed If 'Wolf Pack' Takes Place In The Same Universe
By Grace Wehniainen
Get Even More From Bustle — Sign Up For The Newsletter
From hair trends to relationship advice, our daily newsletter has everything you need to sound like a person who’s on TikTok, even if you aren’t.