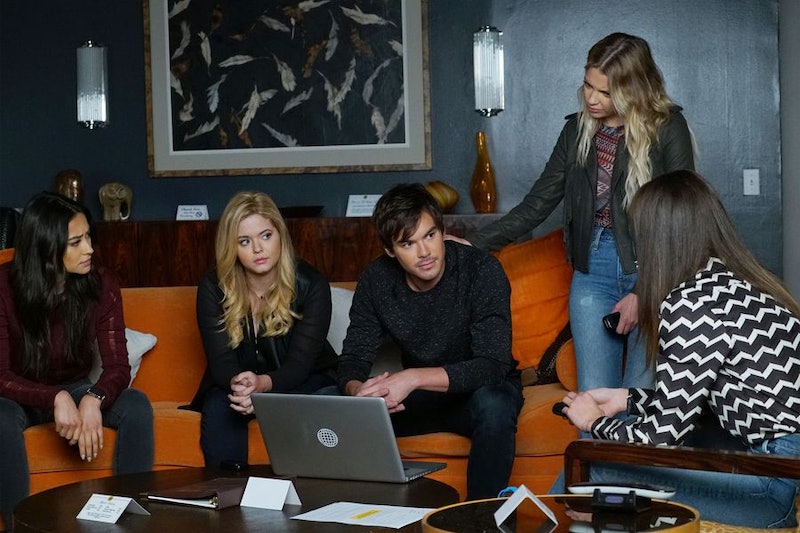 For seven seasons, Pretty Little Liars has teased fans with more questions than answers. But June 27 will be the end of these games and, hopefully, fans will finally get the conclusion they've been waiting for. In the meantime, there are plenty of fan theories predicting how Pretty Little Liars will end.

Since surprises are a Pretty Little Liars specialty, fans know that anything can happen. And with the clock ticking toward the show's finale, there are still a lot of loose threads hanging over the Liars' heads. The most important question that needs to be answered is who A.D. is, and just why exactly they've been torturing the Liars.

Everyone has their theories, including the PLL cast. In an interview with The Hollywood Reporter, they joked that they wanted the series to end tragically with a possibility of Emily killing them all. In the same interview, creator I. Marlene King said, "And no, it really should be something tragic. The fans will probably hate us for saying this, but it will at least be final so you don’t wonder what kind of 50-year-old would Emily be?"

Pretty soon all will be revealed for the residents of Rosewood, so fans can enjoy playing the "what if" game until then. There are a lot of fan theories circulating on social media and fan-made sites, but here are a few that are gaining the most traction: