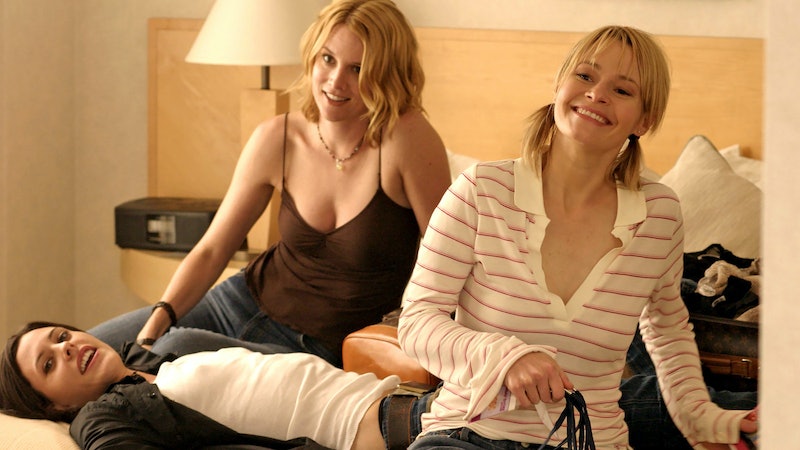 This fall, get ready to spend some quality time with The L Word. On Wednesday (May 22), The L Word sequel's title and premiere date were officially announced. And from the sounds of its name, the revival of the Showtime series is aimed at a new generation of TV viewers. Specifically, Generation Q.

According to Deadline, The L Word: Generation Q will premiere on Showtime this fall. The eight-episode series, which will be executive produced by original creator Ilene Chaiken and stars Jennifer Beals, Katherine Moennig, and Leisha Hailey, will start filming this summer in Los Angeles.

While The L Word revival from showrunner Marja-Lewis Ryan, who directed Netflix's 6 Balloons starring Abbi Jacobson, has a new name, it will include some old favorites. No surprise, Beals (Bette Porter), Moennig (Shane McCutcheon), and Hailey (Alice Pieszecki) are returning to originate their roles from the original, which ran for six seasons from 2004 to 2009. No word yet on any other returning favorites, though Sarah Shahi, who played Moennig's onscreen love interest Carmen, has hinted she is likely to return.

A statement from Showtime, per Deadline, stated that the previously announced OG L Word cast members will be joined by "a new generation of diverse, self-possessed LGBTQIA characters experiencing love, heartbreak, sex, setbacks and success in L.A." And the official poster for the new L Word, which Showtime dropped on Twitter, let fans new: "New generation. All new drama."

Neither the poster nor the statement introduced any new characters, but Chaiken has always said that her original stars had a lot more story in them. Following the 2009 finale, Chaiken told The Los Angeles Times that she hoped that one day they'd do an L Word movie to catch up with the characters. "There’s no plan to do an L Word movie," she said then. "But I would love to do that. I just believe that in some way, the show will live on.”

Then in May 2017, two months before The L Word reboot was announced, Chaiken told Entertainment Weekly as part of the magazine's The L Word reunion that she was still hoping the show would come back, going as far to say the LGBTQ+ community needed it. "When we went off the air in 2009, I think a lot of people thought, ‘Okay, the baton is passed now, and there will be lots of shows that portray lesbian life,'" she said. "There’s really nothing. It feels like maybe it should come back.”

It's true that nearly a decade after The L Word ended there are still few shows that represent the inner lives of its LGBTQ+ character quite like this one did. Now, The L Word: Generation Q will push even further when it comes to representing the queer community on TV. To do this Ryan told The Hollywood Reporter back in February that she wants to "honor the spirit of the first [series] and make it more inclusive" by including "more Latina representation" and "more than one" transgender character, which will be played by trans actors. (During its original run The L Word featured a trans character but was criticized for casting a cis actor to play them.)

These updates are all reasons to get excited to watch the L word, no matter what generation you're from.

More like this
Ozzie’s Coming Out Scene With Kitty On 'That ’90s Show' Has Twitter Sobbing
By Brad Witter
This 'Gossip Girl' Wardrobe Error Has Gone Viral On TikTok
By Alyssa Lapid
All The ’70s Easter Eggs You Missed In 'That ’90s Show'
By Grace Wehniainen
'Abbott Elementary' Fans Probably Missed This 'Parent Trap' Easter Egg
By Sam Ramsden
Get Even More From Bustle — Sign Up For The Newsletter
From hair trends to relationship advice, our daily newsletter has everything you need to sound like a person who’s on TikTok, even if you aren’t.