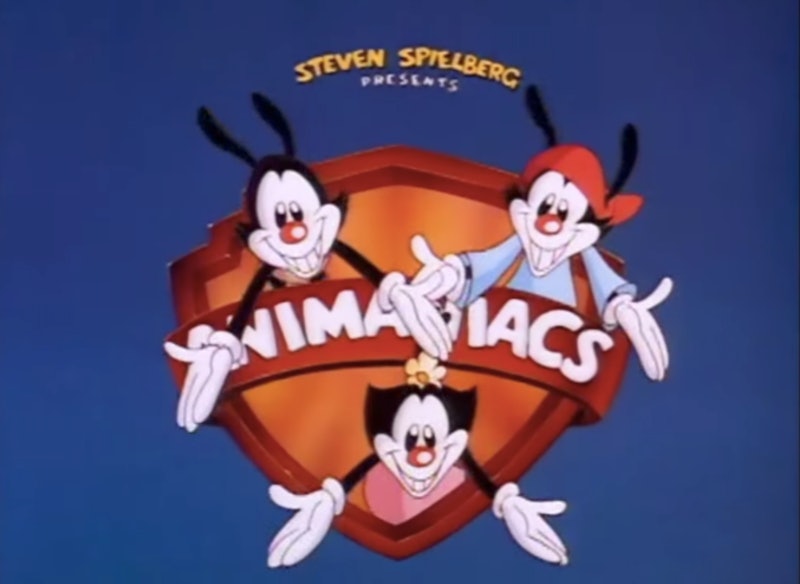 Hellooo Nurse! There's another revival on the horizon and I couldn't be more excited. According to Indiewire, an Animaniacs reboot may be on it's way and I've got to admit, it's giving me some pretty major '90s nostalgia. That's right you guys, the wacky and lovable trio of Yakko, Wakko, and Dot could very well become the next big revamp to hit the small screens. Although details are not immediately clear, it's being reported by Huffington Post that Amblin Television and Warner Bros. Animation are currently in talks to bring the second-coming of the popular animated series back to life.

Indiewire indicates that interest in the revival began to spark when the cartoon experienced high viewership after becoming available for streaming on Netflix in April 2016. However, it remains unclear exactly when and on what network the comedy will make its return, should the project actually come to fruition.

The original skit-based animation was executive produced by Steven Spielberg, who is also said to be on-board for the revival. The show ran for 99 episodes in total and aired on Fox Kids between 1993 and 1995, later transitioning to The WB in 1995, where it remained until its last episode in 1998. It also spawned a spinoff of one of its popular segments, Pinky and the Brain.

If you're not familiar, Animaniacs contained various segments which were all connected to the zany behavior of the Warner siblings; Yakko, Wakoo and Dot. The group would sing, dance and wreaking hilarious havoc throughout their many wild adventures, making them an instant hit with children. However, the show's sometimes mature humor and witty insinuations would also garner a pretty huge following with adult audiences, as well. During it's run, Animaniacs was a ratings' success, winning eight Daytime Emmy Awards.

With '90s fever at an all time high as of recent, it makes total sense that Animaniacs would join the long list of shows making a comeback. I'm keeping my fingers crossed for its return and can't wait to get more details on one of my favorite cartoons. But for now, I suppose I'll just have to live with watching the reruns on Netflix.