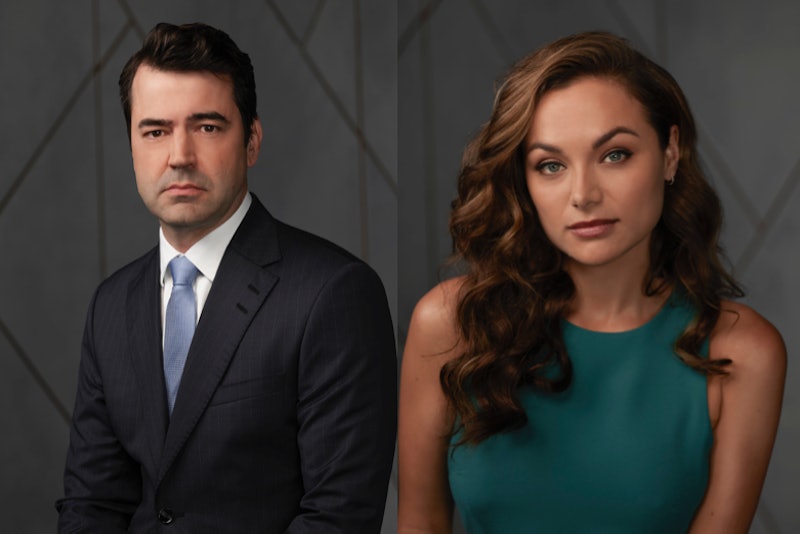 After seven episodes, fans are no closer to learning who Ashley is on A Million Little Things, but that hasn't stopped viewers from formulating theories. Some are more straight forward, like the theory that Ashley and Jon were having an affair. But some are more outside the box, like the Reddit theory that Ashley is Jon's daughter on A Million Little Things.

"Could Ashley be Jon’s daughter and maybe her mom’s name is Barbara?" postulated user meanwithag. Another user Vadahann had a similar thought. "[What if] she’s actually the hidden daughter of Jon abandoned at birth and looking for her mother (Barbara Morgan?)" Commenters suggested the idea without much proof. But it's hard to fault them for grasping at straws without evidence. We really don't know enough about Ashley yet to even try to search the episodes for clues. But a compelling case for this wild theory actually can be made.

To start, we still don't know who Barbara Morgan is, so it stands to reason that she could technically be related to Ashley. Jon's assistant was awfully interested in searching out who she might be, so perhaps Ashley suspects something? After all, for Jon to have included Barbara on a life insurance policy alongside his three best friends, she would have to be someone truly important. The mother of his secret daughter Ashley would certainly classify as such. So without too much to go on, here are all the reasons Ashley could be Jon and Barbara Morgan's child.

Ashley's Own Family Is A Mystery

We don't know anything about Ashley's own family yet, and perhaps there's a reason for the secrecy there on the part of the writers. They don't want to reveal her family yet because her mother is Barbara Morgan. Maybe?

Her Actions Come From A Love For Jon

Christina Ochoa, who plays Ashley, recently told Bustle that Ashley's actions are motivated by a love for Jon. Now, you can think that's an affair, but it could also be a familial love.

Her Backstory Is Key To Her Secrets

Ochoa also revealed that it's her history that will eventually explain where she's coming from with her actions. "We’ll reveal a little bit of her backstory as we start, not justifying, but explaining some of the actions that she’s taken so far," Ochoa said. Perhaps that backstory will be filling in her parentage.

Jon Made Gary Promise Not To Sleep With Ashley

Gary's a nice guy, but it makes sense that Jon wouldn't want his daughter to sleep with his friend. Perhaps that's the reason he made it so clear to Gary that it wasn't to happen.

Jon's Letter Asks Forgiveness For Something Besides His Death

A screenshot of Jon's letter to Delilah was posted to Reddit and it seems to be a mea culpa for actions he took while alive. "Regardless of everything I've done and anything that comes out in the weeks and months to come, I never stopped loving you," he wrote. What does Jon think will be revealed about him? Is it that he had a secret child?

This show delivers more questions than answers each week, but Ochoa did promise that Ashley's story will start being put into place soon. Until then, fans are free to speculate away — and this theory is no less credible than anything else.