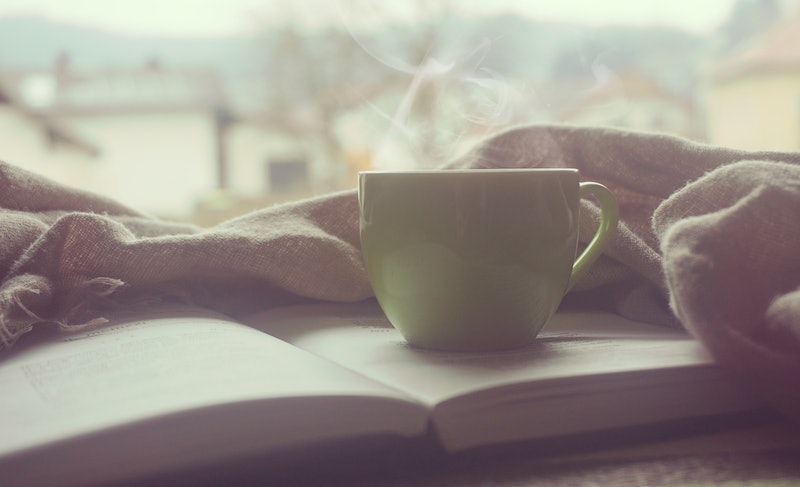 And today in Things That Are Tearing The Internet Apart, we have this: A coffee house in the UK called the Chart Room has a “no children under 12” policy, and people are having a wide variety of rather strong reactions to it. The Chart Room (full title: The Chart Room First Class Coffee Lounge), which opened just over a month ago, is located in Brixham, South Devon; themed around early 20th century steamship travel, it’s part of the Brixham Steampacket Company, a family-owned shop that deals in “antique and reproduction marine collectibles.” But although many people aren’t pleased about the Chart Room’s “no kids”policy, many others are praising owner Bob Higginson for it.

To be fair, the coffee house doesn’t flat-out ban kids; there is, however, a sign is displayed noting that it doesn’t cater to children under the age of 12, according to Devon Live. Additionally, the interior of the Chart Room is full of delicate and expensive antiques, objects, and memorabilia — that is, it’s what you’d expect for a coffee house connected to a business that sells maritime antiques collectibles, but it’s not exactly a kid-friendly space. Here’s what it looks like:

The Chart Room serves a variety of classic British fare, from ploughman’s lunches:

The hubbub seems to have kicked up in the middle of August, when an article about the Chart Room appeared in the Herald Express. The issue seems to be not just the under-12s policy, but the fact that dogs are allowed in the lounge, while kids aren't. One reader, Wendy Moore, subsequently wrote to the Herald Express to express her displeasure and posted the letter publicly to the Chart Room’s Facebook page. She wrote, “I must say, [the Chart Room] looked very appealing until I reached the end of the article and read that the owner allows dogs into this café but has banned children from it! Can anyone tell me just what kind of town we’re living in when dogs are allowed into an establishment and children are not?” Her full letter uses... uh... rather strong language; she ends by calling for a boycott of the Chart Room.

Following Moore’s post, Higginson appeared on the morning show This Morning at the end of August to discuss the Chart Room’s policy. According to Devon Live, Higginson said he "loves kids"; indeed, he's got two of his own who are both now grown (they're 24 and 21). But, he said, there are other places in the area that are kid-friendly, even if the Chart Room is not. He also said according to the Scotsman, "We have never banned anyone. Yes, we welcome dogs. A lot of people have assistance dogs or pets they bring with them and they don’t jump around taking things off the tables. I’ve never had a badly behaved dog come in, no dog has ever broken anything in the shop." There's also not a lot of space in the coffee house, so, said Higginson, "During busy periods we might say to people please come back when it's quieter." He added, "I haven’t set out to offend anyone and I apologize if I have offended anyone. I didn’t expect it to be such a controversial subject."

Additionally, a statement posted a statement to the Chart Room’s Facebook page reads, “With reference to our No Children Policy: I feel this whole thing has been blown all out of proportion. I simply wanted to create a nice quiet zone where grownups could sit, relax, and enjoy the quiet atmosphere along with nice homemade food with first class service.” Higginson noted in the statement that the coffee house’s space is shared with the Brixham Steampacket Company, and that many of the antiques and items on display in the Chart Room are for sale and therefore not protected in cases like they would be in a museum.

Some folks, like Wendy Moore, aren’t too happy about theidea of the Chart Room not allowing under-12s:

But a lot of folks fully support the idea:

Legally speaking, business owners are well within their rights to prohibit children on their premises. Said a Torbay Council spokesman according to the Plymouth Herald, “Whether or not children (under 18s) are permitted on a premises is not legislated. Therefore, there would be no direction from the council as to whether a business can or cannot permit entry to children. This would be a matter totally at the discretion of the premises license holder, or if not licensed, then the business/premises owner.”

Whether or not you think it’s a good idea for shops and restaurants to have “no kids” policies, most of the time, it’s something that’s up to the individual owners. Either way, you can always vote with your wallets: Visit and spend money at the places that have policies you support, and avoid the ones that have policies you don’t. You can’t always make everyone happy, so you may as well make yourself happy, right?