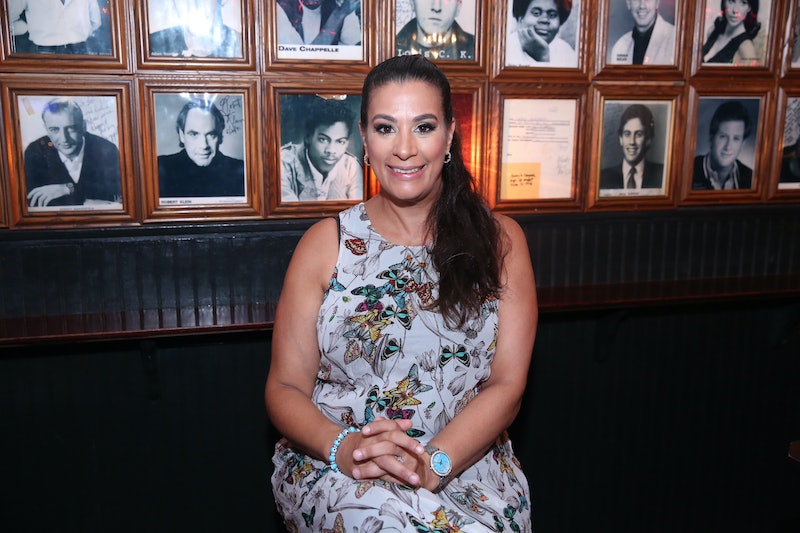 It's been a pivotal couple of years for inclusivity in television, but there's still progress to be made. Comedian Maysoon Zayid is developing a comedy series called Can-Can for ABC, and the show sounds exactly like the perspective that TV needs right now. According to Variety, the series will follow a Muslim woman who has Cerebral Palsy as she navigates her career, romantic relationships, and finding an identity separate from her opinionated parents. Zayid will write, executive produce, and star in the project, which is based on her own life experiences. If it makes it to air, the project could be a milestone for representation, as stories about women with disabilities and the Muslim-American experience rarely appear onscreen.

Zayid is best known as a comedian and disability activist. She's taken on small acting roles in the past, including a part in Adam Sandler's You Can't Mess With the Zohan, and appeared onscreen in the PBS special Stand Up: Muslim-American Comics Come of Age. However, she is possibly best known for her 2014 TED Talk titled I got 99 problems...palsy is just one, which went viral. In the talk, she conveys her unique perspective as a woman with a disability in a way that is smart and funny, and the video resonated with many people. The show will likely be an extension of this story, and it's an experience that has long been missing from TV.

Zayid's perspective is long overdue on television, and the single-camera comedy could be the series that many people have been waiting for. According to Deadline, Joanna Quraishi will also write and executive produce, along with Will & Grace star Sean Hayes and Todd Milliner under their production company Hazy Mills. If ordered to series, the show will air on ABC, which is also home to Speechless.

There are few other details known about the series, and it has yet to be officially picked up by ABC. Even though it is still in the development stages, the show is already an exciting step forward for representation, and it sounds like exactly the kind of series that the world needs right now.