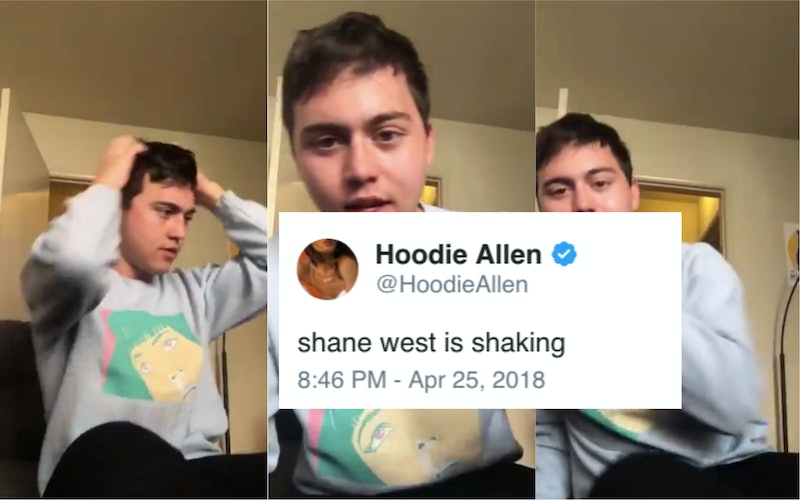 Like many people who came of age in a particular era, I have a deeply rooted love of the teen movies of the ‘90s. The realities they depict are absolutely nothing like the reality I actually experienced — and yet, there’s something so charming about that disconnect that I get a kick out of it even now. Nor does it appears I am the only one who feels that way; judging from the response to comedian Brandon Wardell’s “‘90s teen movie audition” video, which he launched into the Twittersphere on Wednesday, the internet at large still has a fondness for movies starring Freddie Prinze, Jr. and Ryan Phillippe (or Sarah Michelle Gellar and Rachael Leigh Cook, if that's more your speed).

The video, which is captioned, “Auditioning to play a teen in a ‘90s movie,” consists of Wardell repeating variations of the line, “So, all that was just a bet? Our whole relationship was just a bet to you?! I loved you!” over and over again — and doing it badly (but intentionally so) — while “Bitter Sweet Symphony” by The Verve plays in the background. As many, many Twitter users pointed out, it’s like the unholy lovechild of Cruel Intentions and She’s All That, underscored by a quintessential (and yet — in my opinion, at least — absolutely terrible) ‘90s tune.

(I’m not sure if I’m alone here, but seriously — I cannot overstate my loathing of “Bitter Sweet Symphony.” It is both distressingly repetitive and one heck of an earworm, which, when combined, create an aural nightmare from which I find it impossible to escape. Just say no to the Verve.)

I feel obligated to embed the following clip from She’s All That here, so in case you somehow missed this ‘90s gem, this is how you get your “I understood that reference!” moment:

Of course, Wardell probably didn’t see most of what are now considered classic ‘90s teen movies until later on; he’s currently 25 years old, according to his Wikipedia page, which means he was likely too young for them when they were originally released. For example, he was probably around six or seven when both Cruel Intentions and She’s All That hit cinemas — the pair came out within months of each other at the beginning of 1999. In some ways, I feel that sort of takes away from the impact of the joke… but then again, I make jokes about things that came out in the late ‘80s, at which time I was no older than five. Clearly making jokes about eras you were technically alive for, if not old enough to be an active part of, is a time-honored tradition passed down from generation to generation.

In any event, Twitter is loving it (although a few people seem to have missed the joke, too). Here’s a sample of the general response: