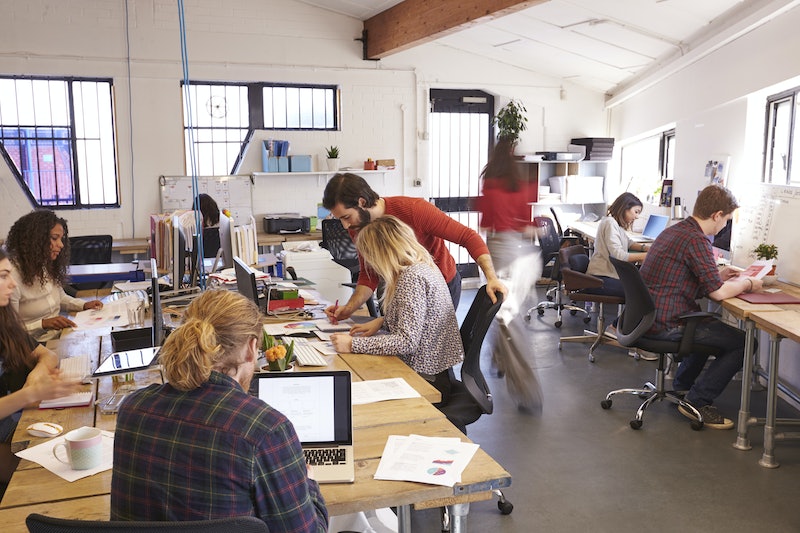 Working is, well, hard work at the best of times. The ups, the downs, the inbetweens. All crystallised in one big beautiful old amber chunk of boring. Snore snore snore, off to work we go. Do you ever wonder who invented the five day work week? Me too. Shall we egg their house? OK probably not doable but the guys at knowyourmoney.co.uk went on ahead and surveyed more than 2,000 UK adults in full-time or part-time work in an effort to uncover the emphasis they place on flexible working conditions. And guys 75% of Brits want a four day work week.

Yes, I found out this information alongside the newsflash that the Pope is Catholic. LOL. But, wait a minute. If 75% are in favour, that means 25% aren't. Now that really is baffling. Who are these people? I'm so confused.

The survey showed that of this mixture of both full-time and part-time workers, three quarters were vibing on that four day work week, even if it meant cramming five days work into four days. Which may be the reason 25% are against the idea.

More shocking still, a stonking 49% are in favour of the four day week even if it decreases their income. Goodness gracious that really says a lot about how the general public feels about having to shlep to work five days a week.

This idea might seem like a pipe dream or too good to be true, but, guys, there have been lots of experiments that point to it actually being a super positive thing. For example, in New Zealand, a study was done of Perpetual Guardian, a financial services firm that manages trusts, wills, and estates. According to the New York Times, the the Auckland University of Technology (AUT) undertook the experiment, which involved almost 250 employees across 16 offices.

So the idea was that the staff did 32 hours instead of 40. Which meant being able to spread the work week over four days. And the results pointed to the choice being a resounding win.

Jarrod Haar, a human resources professor at AUT who was working on the study, said that staff claimed to be more relaxed, refreshed, and energised after the extra day off. They felt more motivated to work efficiently, cutting the previous amount of time being necessary for various tasks. According to Haar, the evidence spoke for itself. "They worked out where they were wasting time and worked smarter, not harder," he said.

And, as the Metro reports, the research led to the founder of the company, Andrew Barnes, deciding to make the 32 hour week a more permanent option. Barnes said:

"For us, this is about our company getting improved productivity from greater workplace efficiencies… there's no downside for us. The right attitude is a requirement to make it work — everyone has to be committed and take it seriously for us to create a viable long-term model for our business."

So with all this evidence pointing at the four day week producing a happier, more efficient workforce, who knows, it might soon become a reality for a lot more people. Well here's flipping hoping am I right?