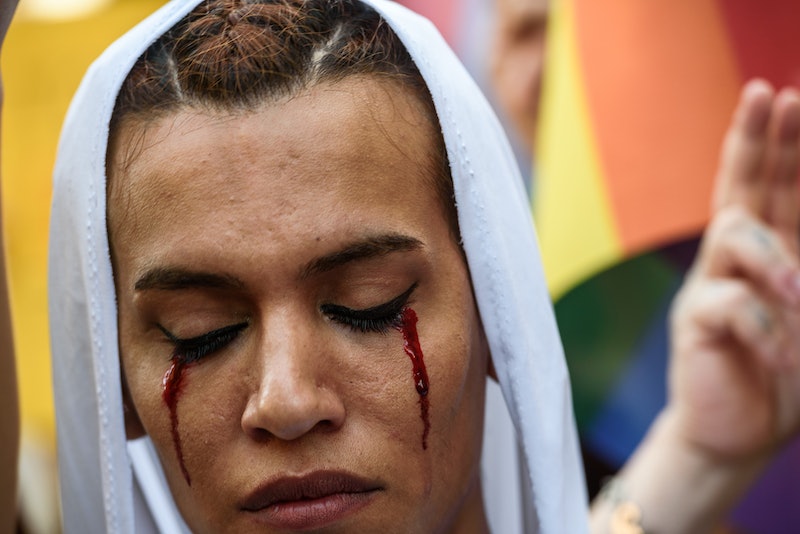 August 26 marks the anniversary of the adoption of the 19th Amendment to the U.S. Constitution in 1920, which gave women across the United States the vote. It's celebrated as Women's Equality Day — but just how equal you are, and how you feel about Women's Equality Day, depends very heavily on where you're standing. Black women in the United States, for instance, may have been given the technical right to vote on that day, but Jim Crow laws repressed their actual ability to vote until the 1960s. For another group of women, the fight for women's true equality (i.e., across the board) has not always been entirely welcoming of them: transgender women.

On paper, collective attempts to better the situation of the female population should automatically include transgender women. A small study of 142 transgender women conducted by a consultancy found that the majority of them were "moderately comfortable to very comfortable" with the progress of women's equality in America, and that they reported "higher appreciation" for equality progress as they transitioned. Michael Barbera, who conducted the study, tells Bustle that 62 percent of the participants were "more than likely to contribute time and resources to equality movements, programs and charities once the individual has announced their transition." The data, in other words, seems to report that trans women feel included in the modern struggle for women's rights, despite the fact that this was not always the case, and that transphobia is still present in some feminist circles today. But aside from data points, how do trans women feel about a day designed to celebrate women's equality? Bustle spoke with five transgender women about why the situation is more complex than it may seem.