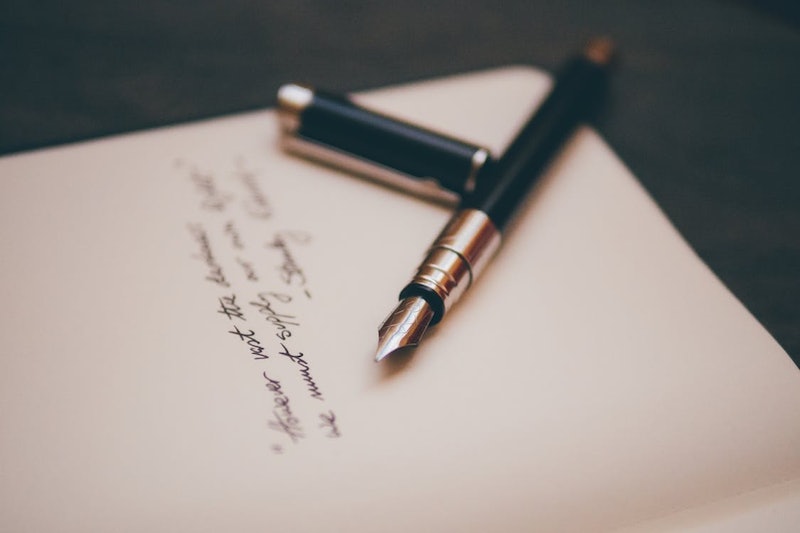 Well, today I found out some pretty bummer news: turns out my soulmate's probably been dead for over a century. (Win some, lose some.) At least, that's what I have to figure after reading this dating profile ad from 1865, in which my Reconstruction Era bae basically made me fall in love with him across the time-space-churned butter continuum (we'll get back to that butter part, because he has words about it and I have thoughts).

Max Roser, a researcher at the University of Oxford, says in his Twitter bio to follow him for long-term trends of living standards — and boy howdy, did he deliver. The image of the prehistoric Tinder bio has already garnered 4,000 retweets since it was shared yesterday, and for good reason: the anonymous (and very much dead) man in the ad is basically your dream come true.

He has good teeth! His buckwheat is first rate! HE WANTS TO BUY ME A HOOP SKIRT! And most of all, I can just tell that the 2017 version of him would never take a shirtless gym selfie or pose with a tiger. I CAN JUST TELL.

And yes, it does start out "Chance for a spinster," but since my brand is spinster and I probably would have qualified as one in 1865, I oddly have no qualms about it. (Related: was that addition to the ad the print journalism version of clickbait? I guess you need one when you can't slide in a selfie of you with your dog or your friend's cute baby.)

The truth is, personal ads like this weren't all that uncommon in those days — in fact, some of the earliest known personal ads of "human seeking other human (and hopefully offering some prime buckwheat)" date back to 1695, and at first were placed primarily by men. It was not only a way for men to find eligible women, but for men to discretely find each other. Women didn't get into the personal ad game until 1727, when the Manchester Weekly Journal published an ad from a woman seeking "someone nice to spend her life with" ... and then was promptly sent by the mayor to an asylum for four weeks. (#Feminism, guys.)

HuffPost's article chronicling the history of personal dating ads notes that in the late 1800s, when it was starting to become more socially acceptable to take out these ads, the first ever scammers and catfishers hit the scene. Which kind of breaks my heart, because if my one true star-spangled love up there is a phony my little damsel heart shall break.

The good news is, you may not have to hitch a ride on the TARDIS to get in touch with our mystery man (early-era catfisher or not) — one crafty Twitter user has already shortened it into their dating profile. (If he doesn't deliver on the butter, though, I can say on behalf of most womankind that there will be hell to pay.)

I guess there's no way to tell if any fair spinster ended up swiping right on our dear friend and his "bully" oats and potatoes, but if it did work out, no doubt his present day descendants are on that Tinder/Hinge/Bumble grind right now just like dear old great-great-great-(great? I don't know, I'm not gonna do that math, sorry) grandfather was so many moons ago.