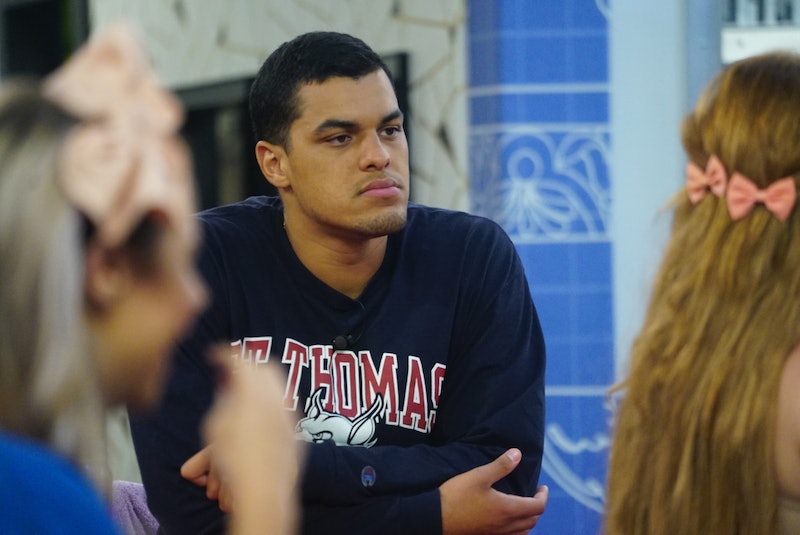 Watching Big Brother 19 is a unique experience and it defies easy explanation. It's been surprising, shocking, and frustrating. It's hard to explain, but one Josh meme from Big Brother 19 is more effective than any collection of words could be at describing what it's been like to see this season unfold.

The unstoppable force that is Paul seemed to dictate how the season went, and eventually things got predictable. Luckily for the audience, Big Brother 19 also happens to have Josh, possibly the most unpredictable houseguest in BB history, who has gifted the world with a beautiful Big Brother 19 reaction gif to tell the world what watching this season feels like. And of course, like most things that have happened in BB19, the clip that inspired the meme was in response to Paul.

Of all the many unpredictable things about Josh, the least predictable is that he has evolved into a late-season hero. While everyone else in the house is under Paul's spell, Josh seems to be one of the only houseguests who isn't. Not only is he not seduced by Paul's cries of friendship, but is the one person who actually seems willing to try and take Paul down instead of allowing him to run amok in the Big Brother house. When he finally realized that Paul was the mastermind behind everything, the look he gave instantly became the stuff of BB legend.

While this meme shows Josh's reaction to Paul's game, it represents so much more than that for Big Brother fans. It represents the audience's feelings towards the entire house. Josh's widening eyes are the same response fans had home probably had when everyone in the house began trusting Paul. His expression here has to be similar to fans' watching the other houseguests bullying Cody and Jessica and going way over the top. Josh's eyes are the eyes of everyone watching Christmas hear about how Paul is in control, and then decide that it was better for her game to keep him around.

Josh's wide eyes communicate fear, confusion, and shock, but the fact that everyone who watches Big Brother rallied around this image has solidified Josh's role as a figure of hope and power in the BB house. With only give houseguests left, the house is running out of chances to switch up the power dynamic. It looks like Paul is a sure winner, and there is no denying he deserves it. But audiences don't like seeing an obvious frontrunner become the actual winner.

Big Brother fans expect the unexpected, and they want to see the unexpected. Surely, there is no one in the BB house who creates unexpected events quite like Josh. When Big Brother 19 is long over, hopefully this meme will live on to help everyone who is as afraid and confused as Josh was in this particular moment.