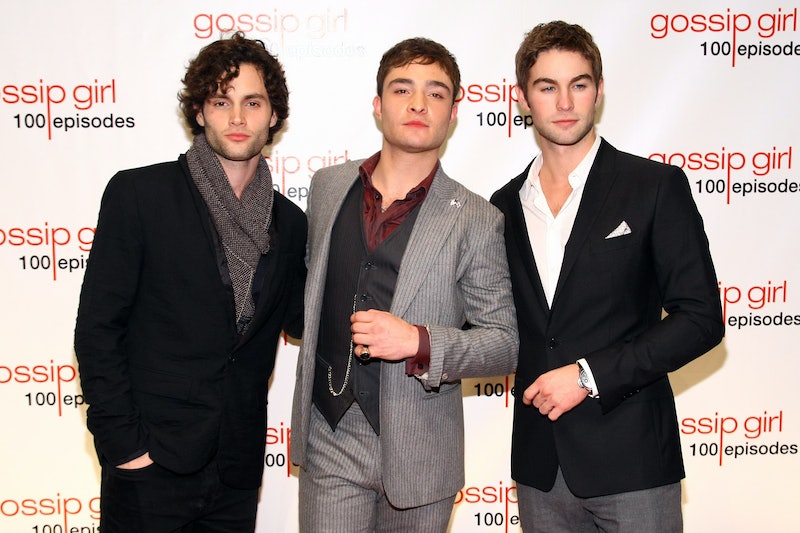 Spotted: Han Solo on the Upper East Side? According to casting director David Rapaport, a Star Wars actor almost played Dan on Gossip Girl. Of course the role of secretly blogging "Lonely Boy" Dan Humphrey, in the end, went to Penn Badgley, but it could have played out very differently. "Before Penn was involved, I desperately wanted Alden Ehrenreich to play Dan," Rapaport revealed in a new interview with Entertainment Weekly.

Rapaport even got his desired actor in to read for the part. In the end, however, Ehrenreich, who would eventually headline 2018's Solo: A Star Wars Story, came up short — literally. According to Rapaport, producers didn't think he was tall enough to play Blake Lively's love interest.

Luckily for Badgley, he did fit the bill of Lively's love interest both on and off screen, playing Dan for all of the CW series' six seasons from 2007-2012 and dating the actor who played Serena van der Woodsen in real life for three of them. The GG role also lead to another future pairing for Badgley with Rappaport, who cast the actor to play charming anti-hero Joe in YOU, now on Netflix.

“I didn’t think he would do it,” Rapaport added to EW of getting Badgley to play a murderous stalker in YOU. “But once we got the idea in our heads, it all made sense. I can’t imagine anybody else playing that character.”

Pivoting back to Gossip Girl in the same interview with EW, Rapaport also admitted he couldn't have imagined a different Serena playing opposite Badgley either.

“[Producers] said, ‘We need the next Mischa Barton and the next Adam Brody,'” Rapaport recalled, noting, of course, this was at the height of The O.C.'s wild popularity. “With my youthful cockiness, I said, ‘Of course!'” While it may not have been an easy task, he did just that, and the rest is history.

What producers were looking for in the actor to portray Serena, he said, was someone who was "casually cool, effortlessly chic, and — as a performer — was able to access their feelings." After seeing Lively in 2005’s The Sisterhood of the Traveling Pants, he knew he'd found her. “I did not have another choice,” Rapaport says. “I knew in my heart there was no one else.”

As Rapaport told BuzzFeed News back in 2015, however, there had been plenty of other suggestions for the roles of Serena and Blair, the latter being played by Leighton Meester:

"I think the network initially pitched us Ashley Olsen and Rumer Willis for Blair and Serena — I love Rumer, she's grown into quite an amazing actress and person, but that, to me, was based on protecting the investment of a television show where creatively, these lesser-known girls really captured the essence of the show and carried it for six years."

Perhaps Rapaport put it best himself, adding, "I feel like you go back and think, There is nobody else that could have played these characters." Indeed, it's difficult to imagine anyone else portraying Gossip Girl's crew of drama-prone, preppy Upper East Siders quite the same.