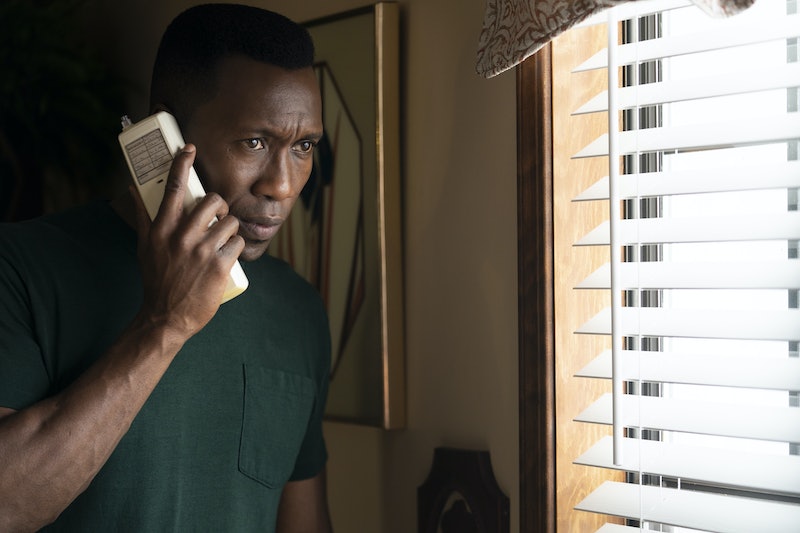 There's an unofficial rule in the world of shows that are built on a mystery — if there are a variety of suspects but only one of them is played by a recognizable actor, chances are that actor is the culprit. True Detective found a way around that trope by hiding the face of their villain until now, but fans think this True Detective Season 3 Easter Egg has revealed that a familiar face will be joining the cast in the show's final episodes and that they're likely the man responsible for the death and disappearance of Will and Julie, respectively.

True Detective is known for slipping clues and notable details into the backgrounds of certain shots, including another Easter Egg that was more of a reference to True Detective Season 1 that you may have missed if you weren't keeping an eye on a character's laptop screen. In an earlier episode, Elisa Montgomery (Sarah Gadon) shows Hays her her laptop in the 2015 timeline and asks him if he thinks there is something bigger going on in this case. On the screen is a headline about the Season 1 case with pictures of Rust Cohle (Matthew McConaughey) and Marty Hart (Woody Harrelson). Classic Nic Pizzolatto, right? But that's not the Easter Egg I'm talking about this time around.

But this new one is also a clue, perhaps, and might even lead to finally closing this case. It makes sense as we head into the finale in two weeks.

At the end of Episode 6 of Season 3, it was revealed that Mr. Hoyt had a "pink room" in his huge mansion, where it is believed that Julie might have been kept. But before that, eagle-eyed viewers caught a glimpse of Hoyt himself. (Hoyt has not been on the show yet, and was supposedly "on safari" when all this went down.) While Roland and Wayne were questioning the suspiciously overpaid security guard Harris James in the '90s timeline, the camera panned to a picture on the wall.

It was a hunting photo of Harris with... Walking Dead and Guardians Of The Galaxy alum Michael Rooker? That's a pretty big name to just be a guy in a stock photo right? Well, Esquire reported that HBO also confirmed the casting of Rooker. And that he will be playing the mysterious and powerful Mr. Hoyt of Hoyt Foods.

While there are still mysteries yet to be solved this season, it seems like this casting might have wrapped up the main plot line of what happened to Julie Purcell. Fans on Reddit suggest that Hoyt kidnapped Julie, killing her brother either on purpose or on accident, and raised her as a "secret princess from the pink rooms," possibly to help the Hoyt family cope with the loss of a granddaughter. While audiences are still waiting on confirmation for the why and how of the kidnapping, the puzzle pieces all seem to be falling into place — and Rooker is uniquely primed to be the villain that True Detective Season 3 has been building towards.

Rooker has a history of playing scoundrels and outlaws, so his turn as a uniquely Southern white collar criminal like Hoyt marks an exciting opportunity for the actor. True Detective fans have waited a long time to get a look at Hoyt, but only the show's finally episode will be able to reveal if Hoyt is caught by the long arm of the law or if he's able to buy his way out of facing consequences for his actions. Or if the picture, the casting, and all are just another red herring.