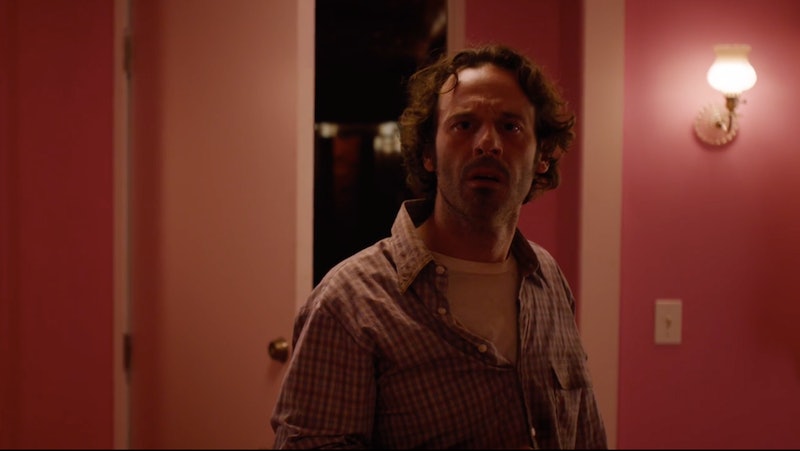 Spoilers ahead for True Detective Season 3, Episode 6. While audiences still don't know who murdered Will and kidnapped Julie Purcell, some important clues were revealed in this week's True Detective. One of the most important things is that viewers finally see the pink room on True Detective, which may be the answer to everything (but then again, maybe not).

Last week's installment revealed that Julie likely has some remaining psychological trauma. In Episode 5, the detectives talked to a young man who recognized the Purcell's daughter from a wanted poster. He claimed that she went by Mary July and called herself a secret princess from the pink rooms. His story is corroborated when Amelia Hays (Carmen Ejogo) visits some kind of convent in Episode 6, where she talks to a girl who knew Julie up until four or five months ago. "She mentioned something about living in the pink rooms?" the girl recalls. "Or a queen in a pink castle. You know what I think? I think she didn't know who she was."

Later in the episode, Mr. Purcell is released from questioning, where he overhears the policemen talking about Dan O'Brian, who's demanded payment in exchange for information. Tom thinks this means that Lucy's cousin is responsible and proceeds to confront him. O'Brian reveals that he was just going to give the police a name, and although audiences don't learn what it is, we see Mr. Purcell break into the Hoyt mansion. What's more — he's absolutely sloshed.

While he's snooping around, Tom finds himself in a pink room, which fits the description that audiences have heard several times. He looks terrified and seems to recognize something — or someone. "What the hell? Julie?" he says. Whether that means his daughter is physically there or he recognizes something in the room, viewers don't get to know. We then see a man come up behind him, and while we don't get a good look at it face, it appears to be Hoyt Foods' head of security.

Hays (Mahershala Ali) and Roland (Stephen Dorff) go to visit the Hoyt Foods chief security officer in 1990, where they learn that he took the job in May 1981. He was also the one that identified Will Purcell's backpack and used to be a highway patrolman. While he's not identified in name, this is almost certainly Harris James, who we know went missing during the 1990 investigation. In Episode 5, Elisa Montgomery (Sarah Gadon) gives Hays a photo of James and says that the detective spoke to him back in '90. However, Hays doesn't recognize James's name, face, or remember talking to him.

That said, during Hays and Roland's 1990 meeting with James, audiences learn that he gets a healthy paycheck. When the detectives speculate as to why being a security officer at a food plant would warrant such a salary, the man explains his job as, "Securing without compromise the integrity of corporate assets while guarding against hazards to daily operations." Could Julie and Will been considered "hazards to daily operations"?

There's been some evidence that points to the Hoyt family being involved in the whole thing. Up until 1979, Lucy Purcell worked at Hoyt Foods (although James says he never saw her). Furthermore, in Julie's closet, the detectives had previously found a plastic bag with the company logo on it, which was filled with notes. We also know that the Ozark Children’s Outreach Center, a Hoyt Foods non-profit, announced a $10,000 reward for the whereabouts of Julie Purcell. We also know that the organization was founded after Mr. Hoyt lost a granddaughter. Could all of these be somehow related?

And since we know that Lucy cheated on Tom, there's been plenty of speculation as to whether or not Will and Julie were really Mr. Purcell's kids. If not, could their real dad be someone from the Hoyt family? After all, if she's really a princess of the pink rooms, as she claims, that may mean she's a Hoyt and belongs in the mansion along with the rest of them.

Although fans don't know what exactly happened in the pink room, it seems that Julie Purcell stayed there — either voluntarily or against her will. But if she's still this traumatized after 10 years and can't stop talking about the room's color, it's likely that something thoroughly unpleasant went down.