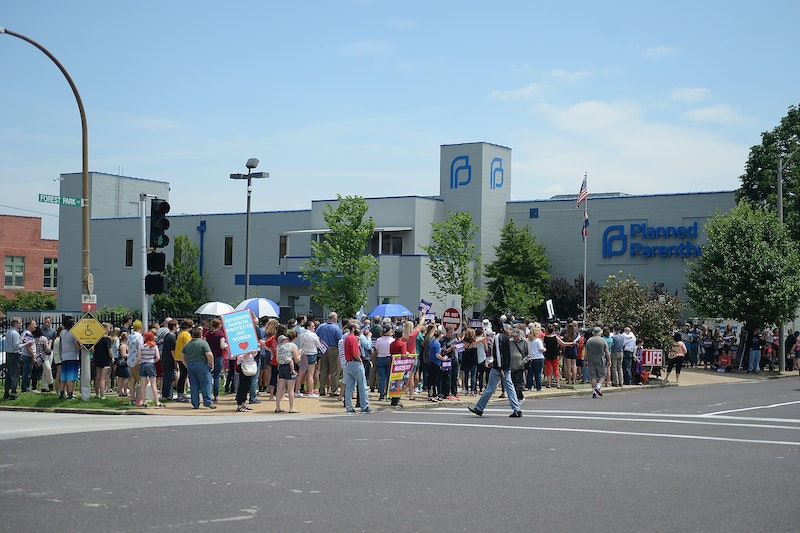 Although Missouri refused to renew the state's only abortion clinic's license in May, the fight to keep the facility open is still alive. Last month, a Missouri judge issued a temporary restraining order in favor of the abortion clinic, which temporarily kept it from shutting down. Now, an update on Missouri's last abortion clinic means its future could be determined before June is over.

On Monday, CNN reported a Missouri judge named Michael Stelzer granted a preliminary injunction in favor of the state's only abortion clinic, known as the Reproductive Health Services of Planned Parenthood of the St. Louis Region. The judge declared that the state's Department of Health and Senior Services must announce its decision on the abortion clinic's license application by June 21. Under Stelzer's ruling, which seems to be an extension of the aforementioned restraining order he gave in May, the abortion clinic has been temporarily saved from being shut down.

On June 21, a status assessment of the clinic will take place. To be clear, Stelzer's ruling will not evaluate whether the application should be approved or rejected, NBC News reported. The ruling is the result of an ongoing legal battle between the clinic and Missouri Gov. Michael Parson and the Missouri Department of Health and Senior Services in May. According to CNN, Stelzer issued the ruling to temporarily keep the clinic open while he listened to legal arguments from the clinic and state officials.

In addition to the state's lone abortion clinic fighting for its license in court, Missouri Gov. Parson signed an eight-week abortion ban into law in May. The law is expected to take effect on Aug. 28 and offers no exceptions for the survivors of rape and incest.

Almost immediately after Parson signed the bill into law, the Missouri chapter of the American Civil Liberties Union (ACLU) declared that it would carry a statewide petition on the legislation. The organization stated that it had submitted its referendum petition to Missouri Secretary of State Jay Ashcroft's office. However, according to Reuters, Ashcroft rejected the organization's petition request.

Undeterred by Ashcroft's refusal, per Reuters, the ACLU declared it would sue the Missouri secretary of state for "trying to deprive Missourians of their right to weigh in on the abortion question with a vote." Per Reuters, Ashcroft stated that "there are certain limits to the people’s right to a referendum."

With an eight-week abortion ban signed into law and a lone abortion clinic ensnared in a legal battle, the status of reproductive health care in Missouri depicts a bleak picture. But advocates appear optimistic after Stelzer's ruling on Monday.

In an official statement, per CNN, Planned Parenthood CEO Leana Wen praised the ruling and said, "Today's decision is a clear victory for our patients — and for people across Missouri." However, she added that "the threat to safe, legal abortion in the state of Missouri and beyond is far from over."

"We are in a state of emergency for women's health in America," Wen stated. "In Missouri, and across the country, Planned Parenthood will do whatever it takes to combat the extreme, dangerous, and unconstitutional efforts by politicians to ban access to health care including safe, legal abortion. We will never stop fighting for our patients."